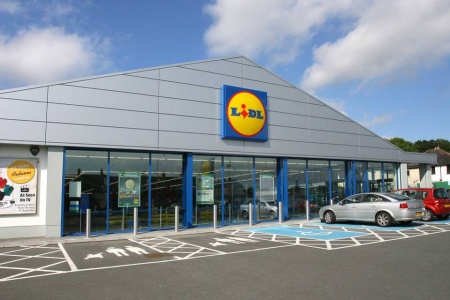 Reports that traffic took a nosedive at the first wave of Lidl stores in the U.S. has analysts speculating whether the German discounter has the right format.

According to inMarket research, Lidl’s store traffic in nine Virginia, North Carolina and South Carolina markets suffered a steep drop from the retailer’s entry in June. According to the numbers shared with the Wall Street Journal, Lidl drew 11% of consumer visits to traditional grocers. That number dropped to less than 8% by August.

“With the quick falloff, I’d be concerned if I was them,” Cameron Peebles, chief marketing officer for inMarket told the Wall Street Journal.

The research firm isn’t the only one with doubts Lidl is the right fit. Neil Stern, partner at McMillanDoolittle penned a scathing report for Forbes in late September pointing out some big flaws in Lidl’s strategy.

Stern said the stores were “too large, too overly-engineered and too costly to operate,” with up to 11 full size checkout lanes and 25,000-square-foot total store footprints. They feel “sterile,” with few customers.

Aldi and Trader Joe’s with their tighter footprints feel “exciting” by comparison, he said. While the produce looks fresh and abundant, there’s too much organic and not enough conventional for the areas, Stern said.

Going head-to-head against fellow Germany-based discounter Aldi, which has been doing business in the U.S. since 1976 and is in the middle of a multi-billion-dollar revamp and expansion, is going to be an uphill battle. Aldi has its sights on expanding from 1,300 to 2,500 stores in the U.S. in the next five years.

Lidl’s spokesman Will Harwood, told the Journal, “It’s not about whether our model works in a market, but what we do to adapt to that market.”