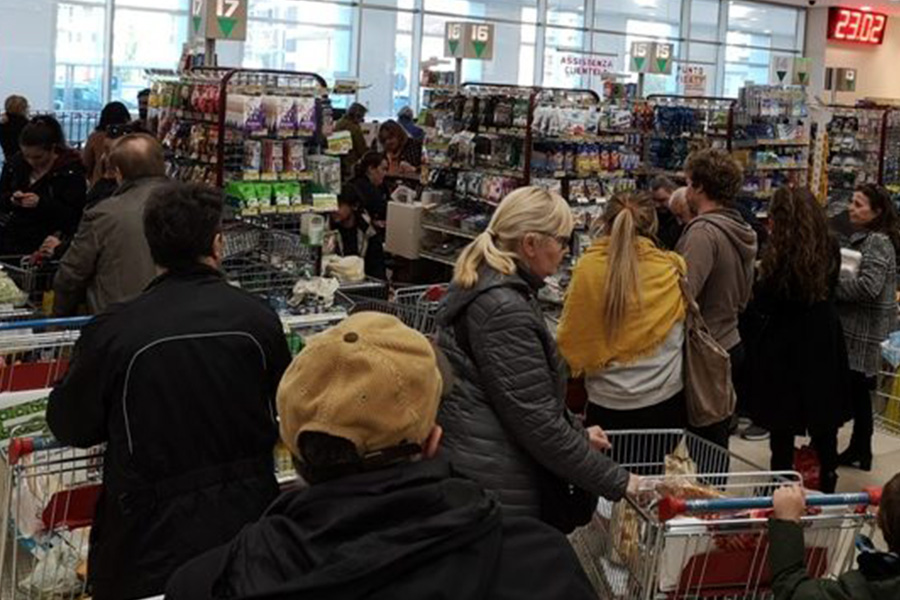 Supermarkets and their supply chains are beginning to buckle under the strain of customer behaviour in the face of coronavirus.

Several chains are “drastically cutting” the product ranges in store.

They also said they were telling their manufacturers to ignore making some products to focus on those for which there is greatest demand.

Meanwhile, competition laws are being relaxed so shops can discuss stock levels and pool staff and resources.

“We currently sell 60 types of sausages – we are moving to a fraction of that,” said one supermarket.

Another said: “We need to make food manufacture as efficient as possible – it makes no sense to pause to change packet sizes or change from one type of pasta to another.

“We have 20 different sizes and styles of pasta, we are moving that to six.”

Morrisons have reduced their bakery lines from 17 to seven.

While executives insisted there was no shortage of food, they were struggling to restock shelves fast enough. Meanwhile, online delivery services are running at “maximum capacity”.

Meanwhile, the government has announced competition laws will be temporarily relaxed to allow supermarkets to pool resources and data.

This means they can share distribution depots and delivery vans and discuss stock levels. They will also be able to pool staff to meet demand.

Rules around drivers’ hours have also been loosened to help shops can deliver more food to stores, while the 5p plastic bag charge is being waived for online orders to speed up deliveries.

However, there were warnings that the next potential weak link in the chain is at food manufacturers themselves. If production gets hit by staff absences that will mark the beginning of a new and potentially serious supply chain problem.

“We are not there yet but that is the next big worry.”

Supermarkets also said they were having to use additional security staff in store to ensure customer behaviour did not get out of hand.

“Most people are sensible but some aren’t.”

They said that there had been no discussions as yet with the government about a police presence in store but it was a “subject that was being discussed internally”.