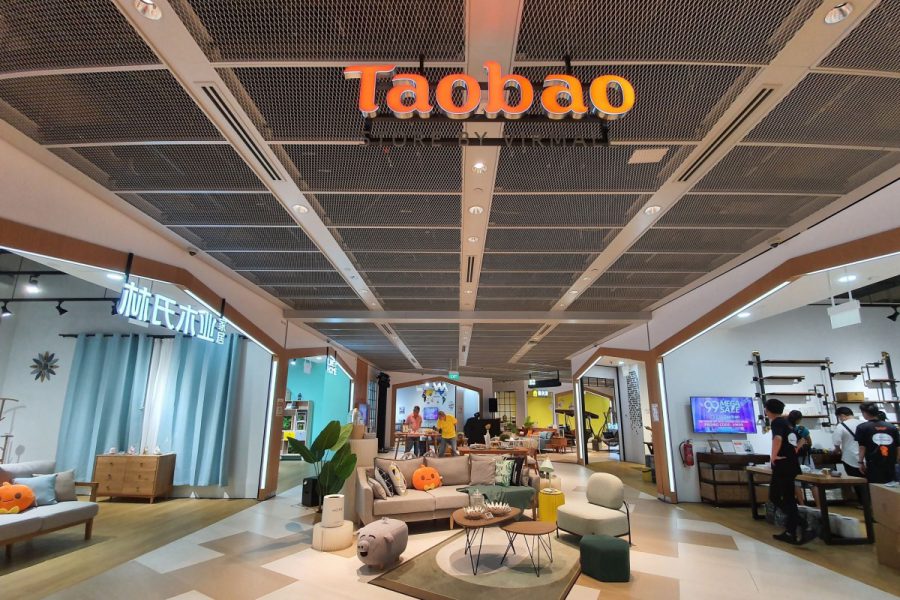 Located in the Funan Mall , the newly opened “Taobao Store by Virmall” is a result of a partnership between the Alibaba-owned e-tailter and Virmall, a local distributor that helps to bring in products from merchants on Taobao.

According to local media reports, the mega flagship spans some 6,000 square feet and is ten-times the size of Taobao’s former Singapore pop-up, which bowed six months ago inside the city’s concept retailer, NomadX, which is part of Plaza Singapura. At the launch, some 300 products were unveiled across six display areas, including homewares, bedding and kitchen goods.

The Taobao Store by Virmall has been built with virtual reality capabilities, allowing shoppers to visualise individual pieces –beds, dressers, and rugs, for example – inside their homes before purchase. Some items can be brought home directly from the store, while large furniture pieces can be delivered after a few days.

Leveraging off Taobao’s online shopping strengths, click-and-collect shopping is also available at the new store, allowing customers to order and pay online, before picking up their goods in-store.