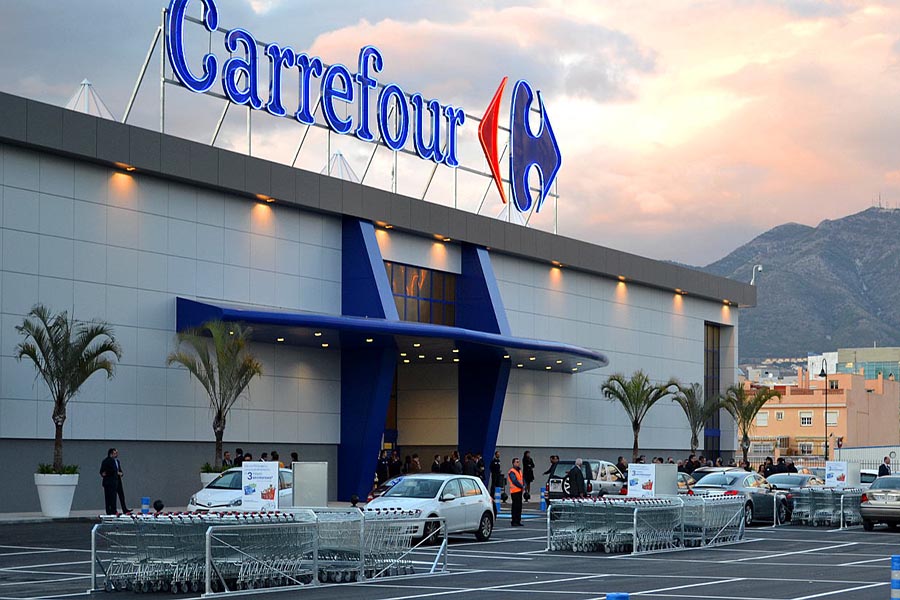 French retail giant Carrefour is pulling back from China as competition looms with e-commerce giant Amazon back home.

The pullback from Carrefour’s operations in China, where the company has close to 240 stores since its arrival in China in 1995, comes as the retailer faces increasing competition from American e-commerce giant Amazon, which counts Britain, Germany and France as its three largest markets in Europe. Critics of the French hypermarket chain say it’s been too slow to get going on e-commerce—it hopes to get to $5.7 billion in  e-commerce food sales by 2022. The company saw a selloff in its shares when Amazon bought upmarket US grocery chain Whole Foods in 2017.

To challenge powerful incumbents, such as France’s Carrefour and Leclerc, the American tech player partnered with French retailer Casino recently, launching pick-up lockers for parcel deliveries in over 1,000 Casino locations France, as well as giving the French retailer a bigger presence on Amazon. Elsewhere, in Europe, Amazon is expanding a partnership in the UK with Wm Morrison , the smallest of the major grocery chains there.

Carrefour, which last year saw some $100 billion in sales, about half of that in France alone, is trying to push back in the face of the rising challenge from Amazon. Last July the company announced plans to partner with British retailer Tesco, the UK’s biggest grocery chain. The two have formed a global purchasing alliance to demand better terms from major suppliers. Moreover, Carrefour announced in 2018 a five-year plan to cut costs and develop its e-commerce business.

For many in the industry, the sale of Carrefour’s China business is long in the making. The retailer’s China business has been struggling in recent years due to challenges such as rising rent, food and labor costs in China, as well as the country’s burgeoning e-commerce market that has helped to shift Chinese shoppers online. In 2018, Carrefour China reported a net loss of 578 million yuan ($84 million) for 2018, according to a statement from Suning.

The company has, meanwhile, also joined a spate of foreign retailers that retreated from China in recent years, including Tesco, Marks and Spencer and Best Buy, among others.