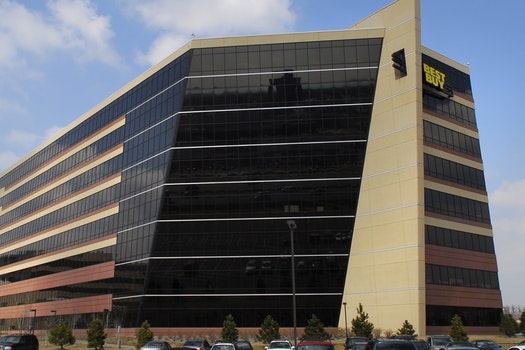 Best Buy is opening its first new big-box store in the U.S. in seven years.

The Richfield-based electronics chain is putting a 36,000-square-foot store into a newer mixed-use lifestyle center called Station Park in a suburb north of Salt Lake City. It is slated to open this fall and is located in an area where the nearest Best Buy stores are more than 15 miles away.

“We’re excited to be opening a brand-new store in a popular shopping center in a growing part of the Salt Lake City market,” said Jeff Shelman, a Best Buy spokesman.

He declined to share any details about whether and how many other new stores Best Buy might have in its pipeline.

While this doesn’t appear to be the start of a significant new trend for Best Buy, it is notable that the retailer is still open to and looking at opportunities for new stores now that it has emerged from a turnaround. Some skeptics thought Best Buy would not survive the Amazon onslaught. Not only has it done so, but it recently reported its best holiday quarter in 14 years with same-store sales jumping an eye-popping 9 percent.

Still, the big-picture story for Best Buy, as well as the rest of the retail industry, has been and will likely remain one of downsizing the number of stores especially as consumers increasingly shop online.

Best Buy is planning to shutter its remaining 250 mobile phone stores in the U.S. in the coming months. Those small-format stores, which Best Buy had already begun closing with dozens shuttered in recent years, are mostly located in shopping malls and are a fraction of the size of its big-box stores.

The retailer also has been closing roughly a dozen or so of its much larger big-box stores a year. Last year, it closed 18. In 2016, it closed 11 and the year before that, 13.

“Our stores are a vital component of our multichannel strategy and we believe they are an important competitive advantage,” Best Buy said in its most recent annual report. “In fiscal 2019 and beyond, we will continue to look for opportunities to optimize our store space, renegotiate leases and selectively open or close locations to support our operations, as evidenced by our recent announcement to close all of our remaining Best Buy Mobile stand-alone stores in the U.S.”

Best Buy has been investing in its remaining stores by setting up in-store shops to showcase some of its biggest vendors such as Samsung and Sony. It also now uses its stores to ship online orders to customers.

In the mid- to late 2000s, when it was still in a fierce battle with now-defunct Circuit City, Best Buy was launching as many as 100 new stores a year. But that began to taper off toward the latter part of the decade amid the Great Recession and the existential threat brought on by Amazon.

In 2011, Best Buy opened seven new stores in the U.S. In the years since then, it has only opened a handful of big-box stores in Mexico and Canada. It has been relocating a handful of stores each year, moving them to more desirable locations or into buildings with better lease terms. For example, Best Buy is currently in the midst of relocating a store from an out-parcel to an anchor position at West Acres Mall in Fargo, N.D., that was formerly occupied by Sears. In other markets, it has also moved into some shuttered Sports Authority locations.

Global retailers look to the US for future growth