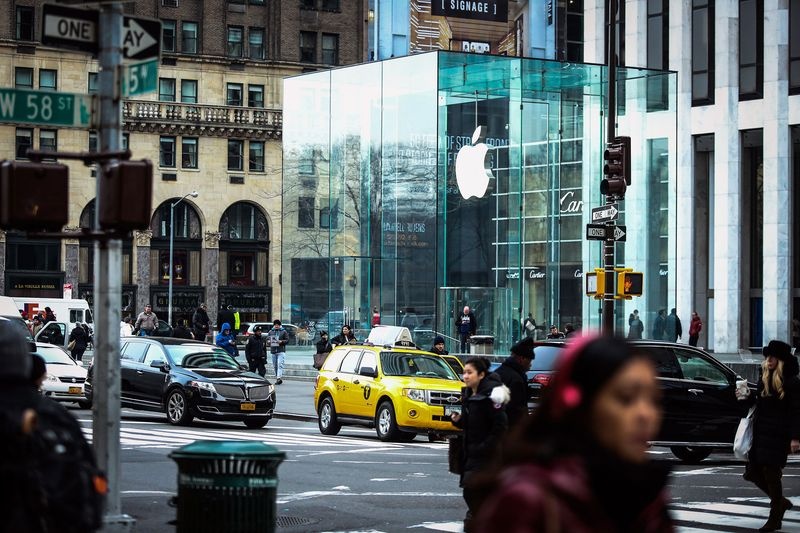 The technology giant will expand the store — known for its distinctive glass cube — to 77,000 square feet (7,150 square meters) from about 32,000 square feet, Douglas Linde, president of Boston Properties Inc., said on the company’s earnings conference call Wednesday. The Boston-based landlord is co-owner of the General Motors Building at 767 Fifth Ave., which houses the Apple location.

Boston Properties has been working to fill empty retail space at the property. Linde referred to Apple as “that mystery tenant we’ve been talking about for over a year.”

Manhattan’s Fifth Avenue, among the world’s most expensive shopping districts, has suffered from a record amount of available store space as retailers balked at expensive rents sought by landlords. In addition, President Donald Trump’s presence at Trump Tower, just two blocks to the south, has tied up traffic in the neighborhood, causing police to set up barriers and limit the free flow of pedestrian traffic.

Apple has already moved temporarily into the former FAO Schwarz store that closed in 2015, to the rear and to the right of the cube. Once the expansion of its space is done late next year, Apple will leave the FAO location and it will be turned over to Under Armour Inc.

In US, Retailers Up Fight Against Republican Tax Proposal