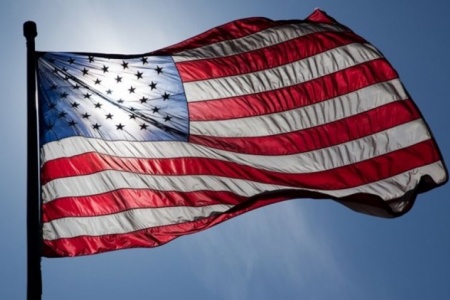 More than 100 retailers including Wal-Mart and Target as well as key trade associations are launching a new coalition aimed at fighting a Republican proposal on how imports get taxed, which they believe would harm their businesses.

The National Retail Federation, along with the American International Automobile Dealers Association, the National Grocers Association and others are joining forces to form Americans for Affordable Products, which will run a campaign to educate consumers and show lawmakers that the so-called Border Adjusted Tax plan would lead to higher prices of as much as 20 percent on everyday items including clothing, food and even gas. The diversified group, which also includes such companies as Nike, Best Buy, luxury conglomerate LVMH and Dollar General, are trying to make their opposition heard even while Congress and the president try to sort out exactly what adjustments to put forth.

Congressional Republicans want to eliminate tax incentives that encourage US companies to move overseas, sharply cut the corporate tax rate to 20 percent from 35 percent, and encourage more factory output at home. But opponents say the plan would have a harmful rippling effect, causing companies to even lay off workers. The proposal — spearheaded by House GOP Speaker Paul Ryan and Missouri Rep. Kevin Brady, the top Republican on the House tax-writing committee — would constitute the most sweeping reforms to corporate taxes in at least three decades.

Trump has dismissed the cornerstone of the House GOP plan as “too complicated” and has been touting a 35 percent levy on imports. Yet his spokesman appeared to put the tax back in play last week by proposing a 20 percent tax on goods from Mexico and “other countries we have a trade deficit with” to pay for a border wall.

A lot is at stake. Nearly all such items that US shoppers buy are either wholly or partly produced overseas as companies have sought the cheapest way to make goods. And with online competition and shoppers trained to find the best deals, US retailers haven’t had the power to raise prices on many goods for several years.

The proposal would essentially tax corporations based on where their products and services are consumed, rather than on their incomes. In that way, it is similar to a sales tax.

House GOP supporters such as Ryan and Brady say that would eliminate the incentives for corporations to use complex schemes to shift their incomes to lower-tax jurisdictions.

To ensure the tax is focused on US sales only, it would exclude a company’s export sales. But the cost of imported goods would be taxed.

The tax could raise as much as $1.2 trillion in revenue over the next decade, which would help pay for the steep tax cuts included in the House GOP plan.

Proponents say if the plan is enacted, the dollar will increase in value by as much as 25 percent, resulting in cheaper imports and offsetting the impact. But many economists and industry executives worry the dollar wouldn’t adjust, or certainly not fast enough.

Other groups also oppose the border-adjusted tax, including Americans for Prosperity, a conservative organisation backed by billionaires Charles and David Koch, who typically donate generously to Republican campaigns.

The tax would likely encourage companies to produce more in the US, or buy more of their parts and components in the US. Some companies say they could make those changes in order to avoid raising prices too much.