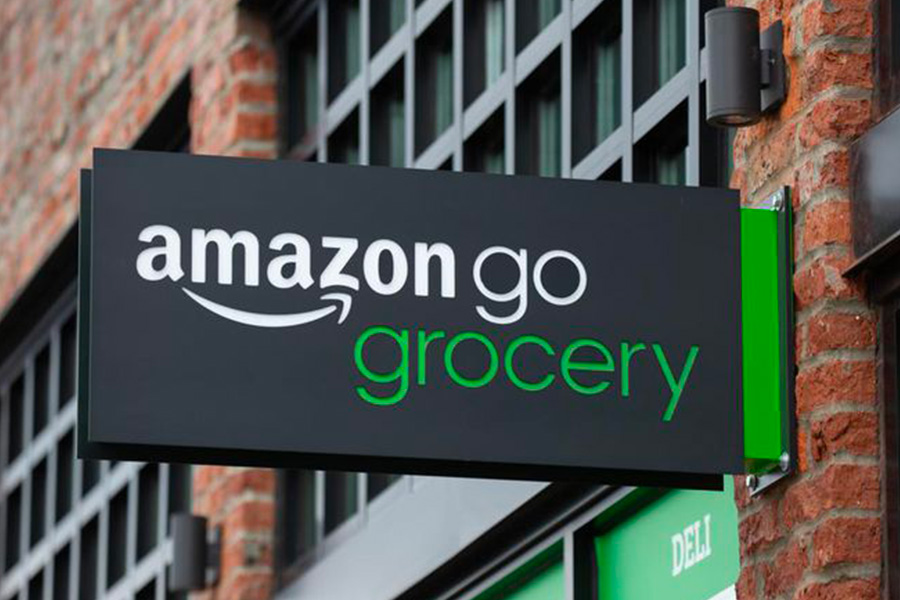 This week Amazon confirmed that it will debut a new smart shopping cart in its forthcoming Woodlands, CA grocery store scheduled to open sometime later this year. The cart, dubbed the Amazon Dash Cart, works like this:

Whoa, there’s a lot to digest there.

But, don’t fret — you can also see all the above come to life in full glory on Amazon’s own website, via a high production value video, replete with basic animation and no actual human users, too.

If that last statement sounded a tad bit sarcastic, it was.

The Amazon Dash Cart is, put simply, one of the worst ideas in the history of Amazon. Years from now people will look back on the Dash Cart as a failed gimmick at best or even worse, as the grocery shopping equivalent of a GPS system that used to sit atop car dashboards circa 2005.

The Amazon Dash Cart makes no sense for a variety of reasons.

First, according to Amazon’s own website, the cart is “specifically designed for small- to medium-sized grocery trips and fits two grocery bags.”

The cart’s diminutive size may not seem like much of an issue at first blush, but, keep in mind, Amazon’s Woodland Hills grocery store is purported to be, not a convenience store, but a full scale grocery store of about 30,000 to 40,000 square feet, as reported by Bloomberg earlier this year. It will also have “traditional check out stations,” according to an Amazon spokesperson, so the cart will at most only serve a portion of Amazon’s targeted population, and, moreover, anyone who has designs to complete a full weekly grocery shopping trip (which isn’t that the store’s purpose?) by way of the Dash Cart will likely not have a hope in hell of doing so if the thing can only hold two bags worth of product.

Second, the experience design of the cart itself, wrapped up in the store’s overall shopping experience, is also not user friendly.

The beauty of Amazon Go is that it is easy. You just walk in and walk out, just as its much ballyhooed “Just Walk Out” technology platform says it should operate. At Woodland Hills, however, the situation is different. One can only “just walk out” if his or her trip is confined to two bags and he or she also chooses to learn what is, at its core and as described above, not a very intuitive technology. One has to pair it with his or her phone, wait for beeps, discern between various colors signals, enter PLU items, check for barcodes, etc.

It all seems downright confusing and a far cry from the modern grocery store operation that has been well-emblazoned in everyone’s minds since Piggly Wiggly first invented the darn thing way back in 1916. Current grocery stores don’t require customers to do any of these dorky color coded things. Customers simply place items in their carts and then walk through checklanes to have cashiers scan, weigh, and bag all their items. The Amazon Dash cart, on the other hand, is like asking customers to play a game of Simon from the early 1980s as they shop.

Third, shopping carts are not always reliable tools in all settings. They get taken out to parking lots, removed from stores for a variety of purposes, and weather can also wreak havoc on how well they work in general, say nothing of how it might impact reliability and functionality when they are also suped up with tech.

Ever have one with a bum wheel, for example?

Now imagine operating a touch screen in 120 degree Phoenix heat in the summer or negative 32 degree temperatures in Minneapolis in the winter. The idea is likely to run into a whole host of issues at scale. And, don’t even go down the rabbit hole of maintenance and repairs either. Amazon Go cameras, in contrast, stay nicely positioned in the ceilings of stores, while carts get slammed into each other, run into cars, rained on, snowed on, and lord knows what else little Johnny might do to them.

Fourth and finally, there are just better ideas out there.

Mobile scan-and-go is one option, for instance. Sam’s Club, Walmart Canada, 7-Eleven and many other retailers are now piloting these types of systems. They work in a similar manner to the Dash Cart, only customers take their own carts around a store, scan barcodes with their phones, and then walk out a controlled exit to pay electronically, similarly to what is described above. The best systems can even work with traditional PLU weigh stations as well.

Heck, even Walmart’s new Fayetteville self-checkout test store that debuted last month and that leverages standard self-checkout machines essentially offers comparable checkout-free value to more people than having to use a cart that only holds two bags, makes a person wait for a green means go signal, and requires an instruction manual to use.

But, more importantly, Amazon has already invented the best option in Amazon Go, but, for some reason, Amazon has elected not to replicate the Go experience within its first large scale grocery store. Is it because of the size and scale of the store? Possibly.

Some experts have mentioned over the years that it is difficult to make computer vision AI systems work beyond 10,000 square feet (which coincidentally is roughly the size of Amazon’s largest Go Grocery installation in Seattle). At that size of a store, tracking people and products gets more computationally complex and larger sku counts become more difficult to manage for a whole host of reasons, and especially if the computer vision AI-based system upon which an operation is predicated has to also be retrofitted into buildings that come replete with previously designed nooks and crannies that can obstruct camera angles and affect lighting.

I asked an Amazon spokesperson whether the size of the store factored into the decision to opt for traditional checklanes and the two-bagger smart cart and was told, “Just Walk Out technology can scale to stores of any size—the decision to put the Amazon Dash Cart into the Woodland Hills store wasn’t a square footage consideration. The store has built in traditional check out stations, and we thought this was a good opportunity to innovate and test new technology like the Amazon Dash Cart . . . As with everything we do at Amazon, we’re always looking for ways to innovate and test new technology to make customers’ lives easier—this is just another way we’re doing that.”

While technically this statement could be true, there is still just something about it that doesn’t add up.

If Amazon can scale its technology so easily, why wouldn’t it do so? Why instead would there only be one Go Grocery store of roughly 10,000 square feet in Seattle open right now, with only two more similarly-typed stores announced at some indeterminate time in the future? Woodland Hills is Amazon’s first reported full-scale grocery experience, and yet it is holding back its best tech, a tech that “can scale to stores of any size” and that has a 4.7 out of 5.0 star rating on Google?

The decision makes no sense, and even more so when one considers that these same questions come at a time when this country is in the midst of the largest pandemic it has ever seen and one that affords retailers the greatest experimentation hall pass in the history of retail. If consumers were ever going to be willing to try a full scale Amazon Go Grocery store, now is the time. But, instead, the Woodlands Hills store’s opening date has been an ongoing, cryptic saga since late last year that reads more like something out of the Da Vinci Code than as a fully fleshed out idea.

I asked an Amazon spokesperson for more information on the store’s opening date in light of today’s smart cart announcement, but Amazon offered up little except to say that the store is “opening this year.” Amazon would not provide a targeted month, let alone even a seasonal prediction, and there are only six months left in 2020.

The whole mystery surrounding this store is just odd, and the whole logic chain just doesn’t add up.

And, maybe that is just it. Maybe the cart announcement really isn’t about the cart.

Read between the lines, and there could be far more going on here. It isn’t the cart itself that should be concerning. What should be concerning is that the cart raises questions about what Amazon really has to offer within this new grocery store concept that six months into the year has no more transparency around its opening date, despite Americans needing easier access to food and COVID-19 also affording Amazon more margin for error in its experimentation than ever before in history.

No, instead of opening the store, which some reports said was supposed to happen as early as February, Amazon has pretty much just left it dark to process online orders thus far and now informs the public of a smart cart. All of which begs the question — what is the hook? Why is this planned Amazon grocery shopping experience going to be better than any other traditional grocery shopping option down the street?

It is hard to tell what the answers to these questions are, and the smart cart is so decidedly unAmazon to boot. It’s a friction-filled idea from a company that prides itself on being friction-free.

But, maybe that is just it.

Maybe the cart isn’t really that smart at all? Maybe it is all just a deft fake to the nation’s collective intelligence, when, in reality, it is Amazon’s reimagination of grocery shopping that may not yet have a smart leg upon which to stand.

Why is Primark resisting the shift to online?