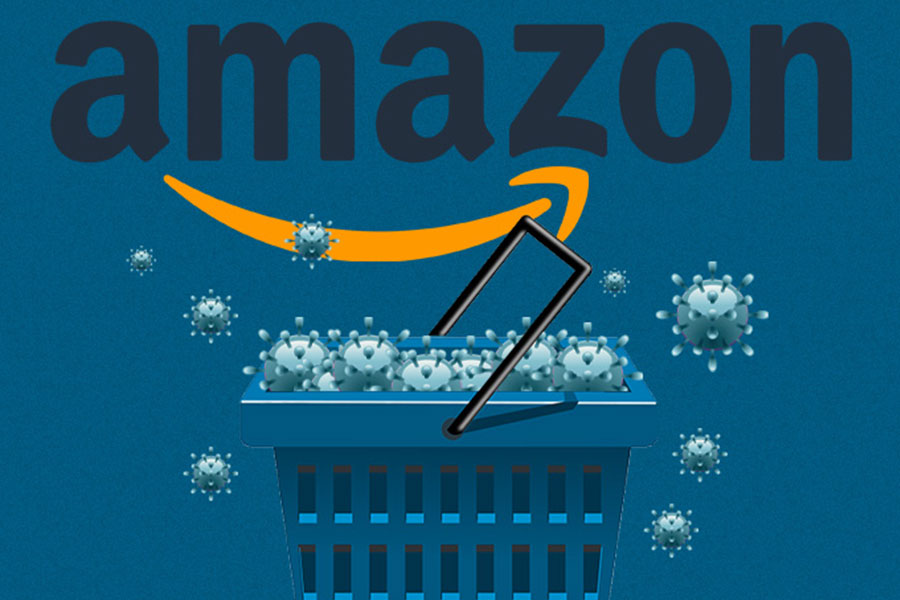 Sales hit $75.5 billion but income dropped $1 billion from a year ago

Amazon’s share price dropped 5% in the immediate hours after trading closed Thursday as the company reported a mixed performance for the first quarter of 2020, with sales beating expectations but income dropping.

Meanwhile, Amazon’s advertising services continued to be the company’s strongest performer in terms of growth during the period.

Net sales came in at $75.5 billion during the quarter, up 27% from the first quarter of 2019. Net income was $2.5 billion, compared with $3.6 billion during the same period last year. This miss, plus the increased costs associated with the ongoing Covid-19 pandemic—forecast to hit $4 billion in Q2—led to Amazon’s stock price dropping in after-hours trading.

The online giant is typically tight-lipped about its Amazon Advertising division, but in its latest earnings disclosure, in which the division is categorized as “other,” it noted that quarterly revenues were up 44% coming in at $3.9 billion during the period. This performance outstripped the growth of its more established business segments such as online sales (24%), subscription services (28%) and Amazon Web Services (33%).

In a preprepared statement, founder and CEO Jeff Bezos addressed the pressures brought on by the pandemic, describing it as “the hardest time we’ve ever faced.”

Bezos continued: “If you’re a shareowner in Amazon, you may want to take a seat, because we’re not thinking small. Under normal circumstances, in this coming Q2, we’d expect to make some $4 billion or more in operating profit. But these aren’t normal circumstances. Instead, we expect to spend the entirety of that $4 billion, and perhaps a bit more, on Covid-related expenses getting products to customers and keeping employees safe.”

Speaking on the company’s earnings call, Amazon CFO Brian Olsavsky said quarterly growth in the advertising division was consistent with the previous quarter. Although, similar to Google-parent Alphabet, there was notable downward pressure on its ad sales business from March as the extent of the Covid-19 pandemic became clear.

“It’s been a strong quarter in ad revenue,” Olsavsky said, noting that its attribution services would likely prove valuable to media buyers. “But we did start to see some pull back from advertisers and downward pressure on price … but that was offset by the continued strong traffic we have to the site.”

Amazon Advertising has been building momentum in recent years with the unit registering as the third largest media supplier in terms of revenue behind Facebook and Google, according to multiple research studies.

Amazon’s advertising offering consists primarily of search, display (both static and video), custom ads and demand-side platform as well as Amazon Attribution, which is currently in beta.

In 2019, Amazon purchased the ad server assets of Sizmek, and ad agency sources told Adweek they expected OTT video ads to be a core focus of Amazon Advertising’s growth efforts in 2020, ambitions that received a blow when Amazon had to shelve its planned NewFronts debut.

Grocers Among the World's 75 Most Valuable Retail Brands

UPS partners with CVS on residential drone delivery in Florida