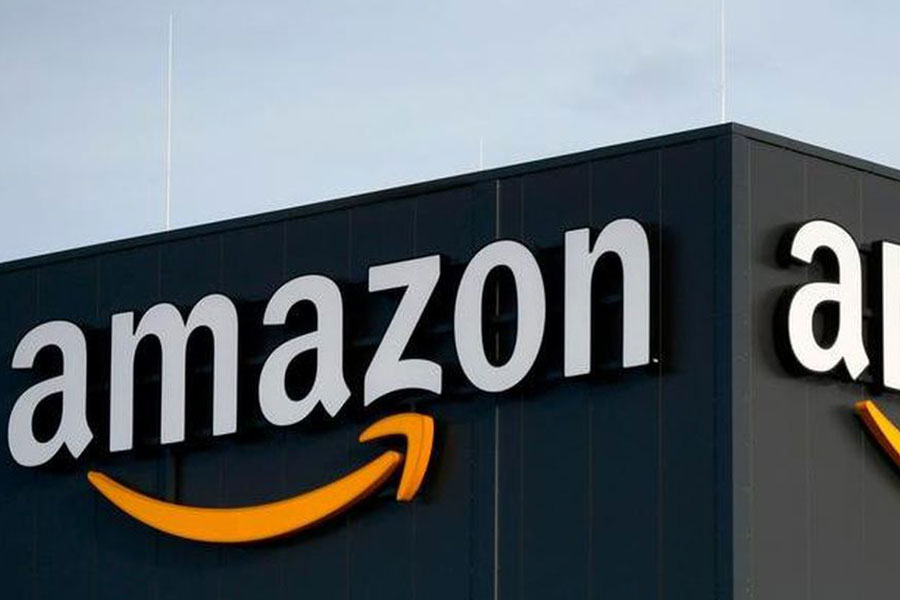 In the pursuit of surveillance as a service, Jeff Bezos is intent on recording even our moods. How much personal data is too much to give to Amazon?

Here’s a tip: Don’t get into a car with your family and tell everyone that Jeff Bezos is listening through the device on your wrist.

“He’s going to blackmail you,” my wife joked.

My younger teenage son was more clear, telling me to turn it off right away. He was the most perturbed — and correctly so — by my testing of Amazon’s new health and wellness tracker, called Halo.

My family’s reaction was no surprise. A few years ago, my older son showed his wariness of the surveillance capabilities of tech companies: He went around our new house unplugging all of the Google Nest devices, even though his other mom had been a top Google executive.

With Halo, I was working my family’s nerves, especially because of its opt-in feature that uses a microphone and machine learning to analyze the user’s voice, giving insight into how people perceive the user’s tone. In simple terms, along with my sleep and steps, the device can see my halo, as well as my horns, recording my amusement and anger and joy and irritation.

Halo is Amazon’s attempt to compete with the Apple Watch and Google (which is awaiting approval of its acquisition of Fitbit) in the health-tracking arena. I got on the wait list for it as soon as it was introduced in the summer, and it arrived on Halloween. I strapped on the attractive band and turned on all the intrusive bells and whistles, which Amazon had trumpeted as good for me.

That first day a vexed emoji told me I was “stern” or “discouraged” for 16 percent of the day. “You had one phrase that sounded restrained and sad” for 1.6 seconds at 12:30 p.m., it reported, although I have no idea what that phrase could have been. But 8 percent of the day, including for 14.4 seconds at exactly 11:41:41 a.m., I was “satisfied,” with “two phrases that sounded satisfied, delightful or appreciative.” Later, for 1.2 seconds at 7:18:30 p.m., I was “afraid, panicked or overwhelmed.”

Yipes. Was I? Maybe so and Amazon knew it, which definitely scared me. Still, I left it on, even though I keep my Alexa-powered Echo devices unplugged until I might need them. I wanted to see exactly what Amazon is capable of doing with this new wearable.

The company has been on an endless quest for information about me (and you, too). The device widens the reach of the company’s personal-data grab, adding a user’s body tone and a body-fat analysis to the information it vacuums up, which required photos of me in as pared down a state of dress as possible.

“You have to send Jeff Bezos nudes?” my wife asked, ever more concerned by Halo. Not exactly, I replied, even though it works best with form-fitting clothing rather than my typically baggy ensemble.

She was not assuaged, even though she, too, had fallen into the Amazon vortex during the pandemic, after the birth of our baby last year. Being a new mom pushed her from being a Never Amazoner to being a regular user of its home delivery services. “I hate myself for this,” she said many times, like when the giant box of diapers arrived on our doorstep.

Amazon has made bank during the Covid-19 crisis because of this kind of widespread yet reluctant embrace of convenience. Amazon’s profits and stock have surged in 2020, along with the enormous wealth of its founder and chief executive, Jeff Bezos, whose net worth has gone from mind-blowing to decidedly obscene in only a few months.

Doubling down on owning the consumption grid, Amazon last week announced a major push into the prescription drug arena, since it needs to move into ever bigger markets like health and wellness in order to keep up its explosive growth. The announcement of Amazon Pharmacy to deliver prescription drugs to the home sent the stock prices of drugstore chains crashing. Innovation-free and customer-service-resistant for far too long, the big drugstores have left themselves vulnerable to a company like Amazon, which can offer discounts, great service and who-knows-what-else-but-it-will-be-nifty to its members.

In the last few weeks of using Halo, it finally clicked with me as to why Amazon needs a device that tracks sleep and movement and body fat and even body tone: An Echo is too far away from our bodies, and the consumer goods we order give the company much information about us but not enough.

Amazon needs even more, and to be even closer — skintight — to understand the state of me at all times. Then the company can begin to really determine what I might need or want at any moment.

This enormous idea has been at the heart of Mr. Bezos’s dream for a long time: to suck up the data from willing participants and give them back exactly what they want, for a price. This may be perhaps the most perfect signal-to-noise ratio ever collected. Health info, entertainment likes and dislikes, and purchase data offer a panoply of insights.

Am I upset? Send the ice cream and antidepressants! Happy? Send the champagne and music! Am I sleepless? Perhaps some warm milk and a weighted blanket — only $39.99 on Amazon and delivered today.

Helpful, for sure, but the underlying concept — surveillance as a service — gets exponentially more problematic and seems even more sinister when we consider recent reports such as the one that Amazon is monitoring the labor organizing activities of its own employees.

That should come as no surprise given the breadth of how much personal data Amazon has been ingesting. Another example of the data grab can be seen with the autonomous home security camera drone. Called the Always Home Cam, it was introduced in late September by Amazon’s Ring division and is supposed to become available by the end of the year. Ring, which already got dinged for hacking violations last year, tried clumsily to assuage privacy concerns in a blog post by its founder Jamie Siminoff: “The camera will only start recording when the device leaves the base and starts flying via one of the preset paths. We even designed Always Home Cam to hum at a certain volume, so it’s clear the camera is in motion and is recording. This is privacy you can hear.”

Actually, it’s an intrusion of privacy that you can hear through a drone that can hear you, not unlike my Halo. Testing, one, two, three, indeed.