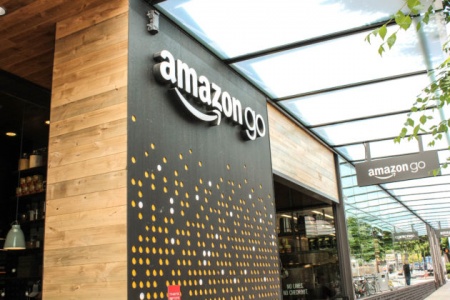 Amazon Go is headed to the Big Apple.

An Amazon spokesperson said the company plans to open a store in New York City, but did not give details about location or timing. The announcement comes just hours after Amazon listed several jobs, first spotted by The Information, for store manager, assistant store manager and training lead associate, all based in New York.

Amazon spent years developing the checkout-less technology behind the store, and another year testing it with Amazon employees before the original store opened in January in the base of Amazon’s Day One officer tower. But since then, Amazon has embarked on an expansion of the concept.

New York represents the third market outside of Seattle where Amazon plans to open Amazon Go stores. In May, the company confirmed plans to open stores in San Francisco and Chicago.

The second-ever Amazon Go store opened just over a week ago at the Madison Centre office building in downtown Seattle. That was followed a few days later by a third Seattle store opening, this one in Amazon’s back yard of South Lake Union.

The store relies heavily on the Amazon Go smartphone app. Customers scan a unique QR code within the app before passing through a set of glass doors, similar to the gates Amazon employees go through when entering their office buildings every morning. A vast array of overhead cameras and weight sensors in the shelves automatically track what people pick up and take from the store.

When customers leave, they just walk out. Amazon Go’s systems automatically debit their accounts for the items they take, sending the receipt to the app. By logging shoppers in at the entrance, then tracking their actions in the store, the system eliminates the need for traditional checkout registers and checkout workers along with them.