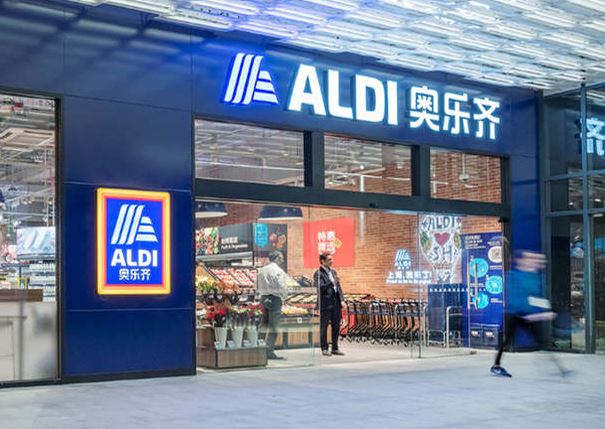 Like all instances that have a habit of almost becoming rules there are however exceptions and the pair of Aldi stores that have just opened in Shanghai prove the point.

The German discounter has actually been active in China since 2017, when its merchandise became available online. But these are the first physical outposts and like much of Chinese food retail, the QR code is king, with phones being used to scan and shop the stores.

It is in-store the appearance that really sets these stores apart from their rivals with wood-clad mid-shop equipment, overhead abstract graphics above the bakery area and an exposed ceiling void of the kind that is more usually associated with fashionable contemporary furniture stores.

Were it not for the exterior sign, it would be easy to think you were not in a discount environment and if Aldi can keep up this pace in China, its success seems almost guaranteed.

Toys R Us to open 50 new stores in China