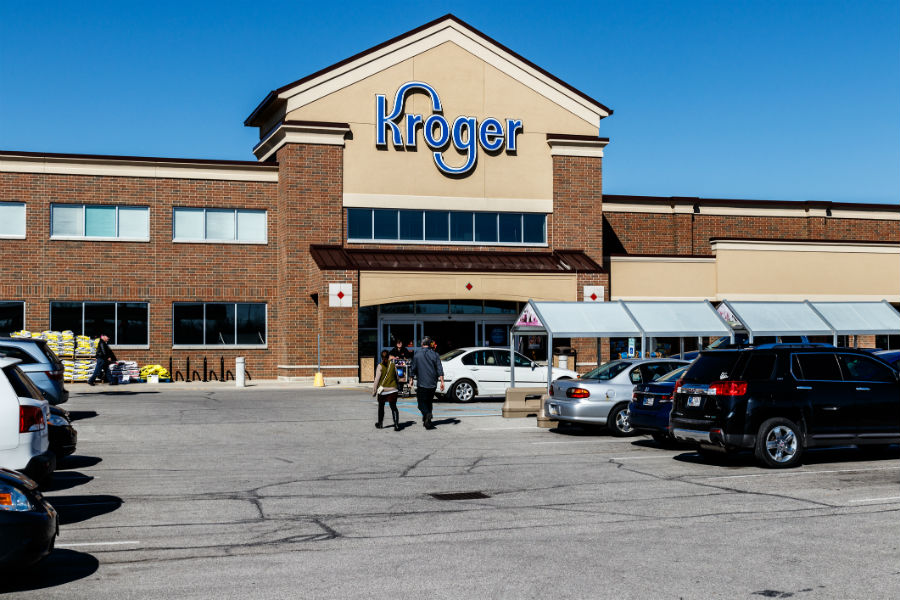 With Kroger Rush, the experiment-happy retailer seeks to win over customers looking for a quick meal or a few last-minute ingredients to round out a dish they’re preparing at home. The service is part of Kroger’s effort to cover a wide range of online shopping demands, and joins its pickup and delivery options along with Kroger Ship, the direct-to-consumer marketplace that launched last year. Altogether, these services will make Kroger products available to every American household by the end of this year.

As the threat from restaurant delivery services like Grubhub and Uber Eats grows, grocers are trying to respond. Some, like Wegmans and Publix, offer dedicated meal delivery, but the speed, brand appeal and quality popular restaurants are delivering at lunch and dinner is tough to match.

If Kroger Rush scales, it will likely need to do so in population-dense areas close to young, tech-savvy consumers. The company will also have to sort out labor. Is it more cost-effective to rely on a third-party company like Instacart or does Kroger need to use its own employees?

The service calls to mind FoodKick, the on-demand offering from New York-based e-grocer FreshDirect that caters to a young, affluent audience. FoodKick launched in 2016 and centers on alcohol, fresh foods and meals for Big Apple consumers.

Kroger Rush also draws a comparison to Ocado Zoom, the on-demand delivery option Kroger’s British e-commerce partner launched earlier this year in London. Zoom — a nimble alternative to the next-day service Ocado provides from its large automated warehouses — offers around 10,000 products and is focused on small- and medium-sized orders.

Depending on how demand evolves, Kroger and Ocado could very well combine their knowledge and resources for super-fast delivery in the U.S. A Kroger spokeswoman acknowledged as much to the Business Courier, noting “maybe Ocado robots will do the picking for a (Kroger) Rush solution.”

That solution is still a ways off, however, as the two companies just broke ground on their first fulfillment center — a $55 million, 335,000-square-foot facility in Monroe, Ohio, set to open in spring 2021.

Ever since it launched its Restock program, Kroger has shown an eagerness to experiment and explore alternative revenue streams. But the company’s core grocery business remains under pressure, and executives have placed significant emphasis on becoming an e-commerce leader in the future.

A progress report will come this Thursday when Kroger reports its first-quarter earnings for fiscal 2019.