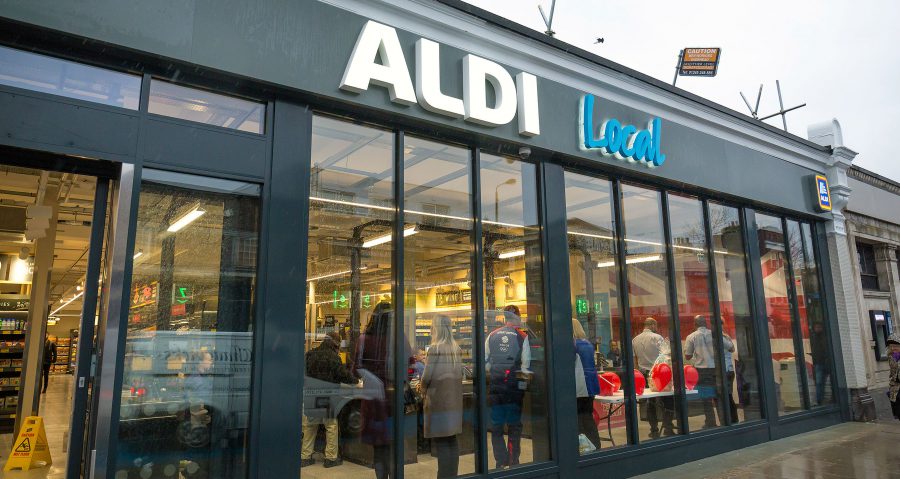 Aldi has just launched a new and smaller “Local” concept store in South London as part of a trial that could potentially see a roll-out of the sub-brand. An Aldi UK spokesperson confirmed that the store, located on Balham High Road, is part of a trial of a new brand identity “to help shoppers distinguish between its smaller city stores in London and the conventional-sized Aldis”.

The Aldi Local concept is only being trialled at Balham for the time being, and the results would be evaluated before deciding whether to roll out the concept and branding. Aldi stressed that this was not a move into convenience retailing, and that the Balham store – at 6500sq ft – is still twice the size of a typical convenience store. However, the store in question sells 300 fewer products than a regular-sized Aldi.

“The main difference is that it doesn’t sell bulkier items that shoppers would have difficulty transporting without a car,” the spokesperson said. Aldi added that the Balham store was not its smallest high street store, with the Archway branch being slightly smaller.

Aldi’s three other city stores are located in Tooting, Kingston and Kilburn but these, along with Archway, do not carry the Aldi Local branding. However, the number of products and product mix in Balham is similar to Aldi’s other city stores, and none of the five total city stores have a Special Buys section, either.