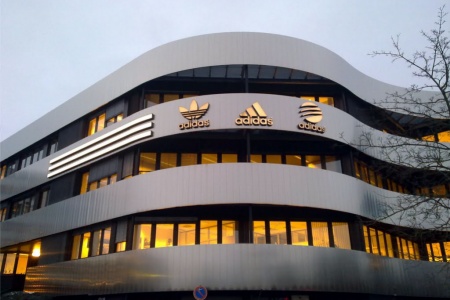 Adidas sent a message to investors who had feared a hard landing for the company’s growth story: There’s plenty of life left in those old sneakers.

Revenue at the German company jumped 12 percent in the fourth quarter, led by China and North America. The rebound comes after a slowdown in the third quarter, which sparked concerns and weighed on the shares. Revenue will also grow at a double-digit rate this year, at a forecast 10 percent when adjusted for currency swings, Adidas said Wednesday.

The shares rose as much as 6.3 percent to 183 euros in early Frankfurt trading. They were further bolstered by a buyback of as much as 3 billion euros ($3.7 billion) worth of stock through 2021 that the company announced late Tuesday.

Adidas is benefiting from the popularity of its retro sneakers, which helped the company steal market share from larger rival Nike Inc. and smaller competitors. Chief Executive Officer Kasper Rorsted said he expects a “very strong” year in the U.S., while sales growth in 2018 will decelerate in western Europe and the Middle East.

Though still unprofitable last year, Reebok is now “very close to break-even,” Rorsted said, adding he was “very satisfied” with its progress. Reebok, which Adidas is repositioning as a fitness brand, remains the one unit not yet at the desired profitability after the company shed assets from golf equipment to hockey gear.

Adidas also said net income from continuing operations will rise at a faster pace each year through 2020, and lifted its target for the operating margin to reach 11.5 percent then, from an earlier prediction of 11 percent. Rorsted said he expects online sales, which are more profitable than those in stores, to reach as much as 30 percent of the total.