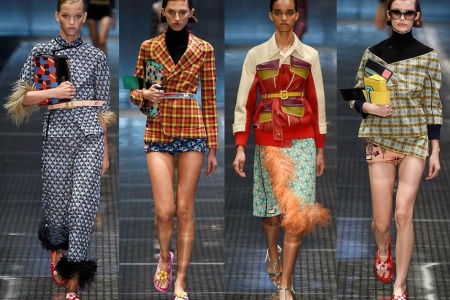 Learning from past mistakes is paying off at Italian luxury goods maker Prada, which said on Friday it would return to growth this year after stemming a sales slide in the second half of 2017.

Profit at the group, the country’s largest luxury player by revenue, has been falling since 2014 even as competitors such as Kering and LVMH have successfully boosted sales, capitalising on improving demand in an industry vulnerable to shifting trends and challenges.

The company had previously expected to return to sales and profit growth last year but in September it said the turnaround would take longer than expected as it was still in the throes of renovating its retail network, focusing on digital marketing and sales and refreshing its products.

Chief executive Patrizio Bertelli said the group “has done a lot of work … we have exited a grey area, entering a brighter one.” He added that Prada had been able to “attack its issues from an industrial point of view.”

Despite dismissing in the past concerns that the group had a problem with its product range, Bertelli said in a post-results analyst call that sales had returned to growth in the second half of last year, driven by new products, estimated to be about 60 percent of its total offering.

He said the launch of Prada’s “Cloudbust” sneakers for men and women had been successful and that the brand would launch a renewed version of its Linea Rossa sports line.

The Milan-based group, founded in 1913 and seen as an institution in the fashion industry, has lost ground to both new and old competition, with industry experts pointing to its bags and clothes losing appeal among customers and it underestimating the importance of informal clothes and shoes.

But in its latest catwalk show in Milan, with fluorescent colours and big sporty pieces, there were clear signs that Prada intends to address a younger public and expand its offer of more casual clothes.

Prada, which appointed a new global digital director, Chiara Tosato, in March, and stepped up digital efforts, said it was well on track with its online strategy.

Tosato said the group would continue to target double-digit growth for online sales, to lift them to 15 percent of total sales by 2020, up from the current 4-5 percent. She added they were targeting younger clients, particularly those under the age of 26, one of the fastest growing segments of the luxury market.

“Management, supported by the encouraging results achieved in the first months of 2018, is confident that the year to come would mark the beginning of a new sustainable long-term growth period,” Prada said in a statement.

Cozzani added that the operating margin would improve 50-80 basis points this year and the group could strongly benefit from a potential patents deal with Italian tax authorities.

Why Travel Brands Are Building Spaces To Foster Community