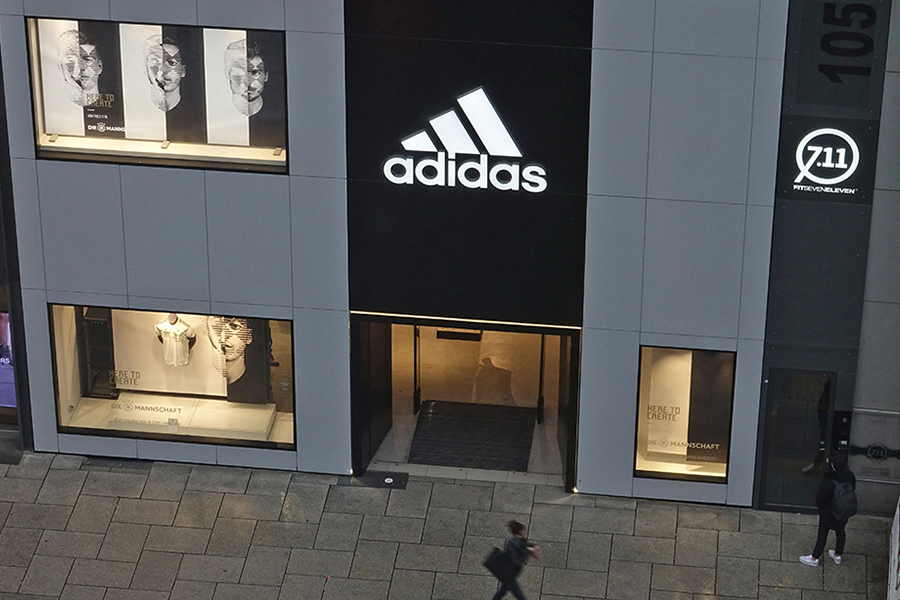 With nearly three-quarters of its store fleet still shuttered, Adidas AG has thrown its resources behind e-commerce in an attempt to bolster its business amid the coronavirus pandemic. And, although overall profits are slumping under the weight of COVID-19, the digital-centric strategy appears to be working.

During the sportswear giant’s first-quarter earnings conference call today, CEO Kasper Rorsted said that Adidas now expects to exceed its prior revenue target of 4 billion euros (or $4.3 billion) for the fiscal year as the health crisis forces shoppers to remain indoors and subsequently drives sales online.

During the three-month period ended March 31, Adidas’ e-commerce business — which the executive chief described as “the only consistent store that’s open 24/7” — grew 35%, improving 55% in March and up triple-digits in the beginning of April. The company attributed the surge to digital pushes including higher conversion rates through its Runtastic app, which allows consumers to work out from home, as well as its #HomeTeam campaign launched in response to the COVID-19 outbreak.

As it continues to see more promise in the channel, Rorsted said that the German athletic behemoth will be “dramatically accelerating” its e-commerce efforts and move into a “more DTC-focused setup.”

“Since 2016, digital has been our agenda as a digital cornerstone,” said Rorsted, “but there’s no doubt that the acceleration we’re seeing right now towards a more digital and DTC-led company is getting a huge step forward compared to a normal setup.”

According to the CEO, inventory that had been previously reserved for wholesale orders has already been reallocated to Adidas’ own online channels. This strategy is also expected to extend to major online sales events of the year, particularly Cyber Week and Singles’ Day in China, with a “smaller portion” of inventory to go to select retail partners, Rorsted added.

Adidas’ amplified focus on digital also stems from its experience in China, where it is now beginning to see a recovery in traffic and conversion trends albeit still below normal rates. While e-commerce was impacted during February, it recovered much quicker, said the company, driven by “aggressive doubling down on digital channels,” said Rorsted — a “recovery plan” that it seeks to employ in other affected markets.

“We’re taking the proven setup from China on how to stay engaged with the consumers and restart business,” he added. “We need to serve the consumers’ needs in digital also during the lockdown — irrespective of whether a transaction will take place.”

Next quarter, however, Adidas predicted that both top- and bottom-line declines will be “more pronounced” than they were in Q1. (It expects sales to come in more than 40% lower than the prior year period.) During Q1 2020, its net income tumbled 97% to 20 million euros ($21.69 million at current exchange), with earnings of 13 pence (14 cents) per share. Revenues also decreased 19% to 4.75 billion euros ($5.15 billion).

“We’re focusing on navigating the company through this period of time, which nobody has seen before,” Rorsted explained. “And we believe [in] enabling long-term success by preparing for the new normal, dealing with the current, but making certain that we’re prepared for tomorrow — and we’re doing both in parallel.”