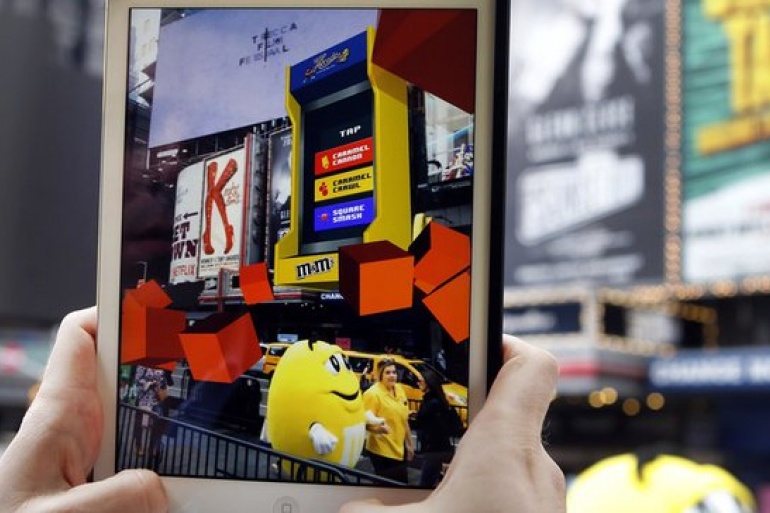 Mobile marketing is off to a strong start in 2017 with a number of big
brands embracing cutting-edge strategies to create value-add experiences
based on a growing understanding of what smartphone-savvy consumers
want.

Amid broader concerns about the lack of transparency in digital media and ongoing indecision over how much budget to allocate to TV compared to digital channels, there are clear indications that big brands continue to recognize the importance of mobile and are committed to advancing their strategies. From the use of micro influencers, vertical video, Snapchat content and virtual reality as well as a resurgence in 2-D barcodes, the strong showing in mobile marketing during the first months of 2017 is noteworthy because it follows a year when smartphone sales growth stagnated and there seemed to be a lack of exciting developments.

For a closer look at how big brands are getting their mobile groove back
in 2017 — and what these developments mean for other marketers — here
are the eight best uses of mobile by a big brand so far this year, in no
particular order.

Mars’ M&M’s brand became one of the first major brands to leverage AR as part of a national multichannel campaign in May in support of its new Caramel chocolate candy. Interest in AR technology has been high since the success of Pokemon Go last summer and adoption is expected to take off. However, there has not been a lot of brand activity in the space so far, perhaps because it is expensive to develop solutions internally. As more mobile platforms like Blippar add camera scanning and AR capabilities, other brands could jump on board.

The M&M’s effort offers an example of how AR can be used to integrate out-of-home and on-pack marketing to engage smartphone owners in a playful way. The activations included billboards in Times Square that smartphones users could scan to launch an interactive AR arcade featuring vintage games. The brand’s packaging can also be scanned to bring the AR experience to life.

At the same time that Taco Bell is pulling back on digital marketing spending, the chain also put a bigger micro influencers push behind its Naked Chicken Chalupa menu item earlier this year. The strategy may have helped the chain do more with less as last month it reported better than expected financial results based in part on strong sales for the item.

As the influencer space matures, some brands are finding that working with the biggest personalities is too expensive or that the deal-making process has become too cumbersome.

In this environment, Taco Bell’s campaign shows how micro influencers, who typically have small but loyal audiences, can be an appealing alternative. For the effort, the chain invited Instagram users around the U.S. to so-called Speakeasies during which they were encouraged to try the new chalupas and photograph them. Props and bright lights helped the group capture good images for Instagram feeds. The strategy was part of a broader social media push that included transforming its Instagram account into a digital art gallery showcasing work by its in-house creative team and partner artists.

The number of smart home devices is proliferating but they mostly operate as standalone tech for turning on lights and appliances or listening to music. Domino’s, the first restaurant chain to link up with IFTTT — which stands for If This Then That — is helping lead the way for marketers who want to make smart home devices work with their mobile services and drive convenience. For example, one of the Domino’s IFTTT applets — which integrate with Domino’s Pizza Tracker — turns on the porch lights when the delivery person is near while another suspends the sprinkler system.

IFTTT is mostly geared towards early-adopters at the moment, but the efforts point to how connected home experiences are likely to start to work together more and the need for marketers to start thinking now about how their app or other digital services could enhance a connected home service.

While the interest in vertical video shifted into a higher gear during the first half of 2017 across the marketing landscape, Acura’s mobile-first campaign for the 2018 TLX called “What A Ride” really exemplifies how savvy mobile marketers are building entire programs around content crafted with the smartphone user in mind. The effort, developed with Mullen Lowe, was shot using vertical cameras and the creative appears across a number of mobile formats, including Tapad’s vertical video unit, Facebook Canvas and Carousel ad units as well as Snapchat’s Snap Ads Web view ads.

s opposed to cramming landscape content shot for TV ads onto mobile devices, the campaign takes the opposite approach and configures vertical video for TV by lining up three videos side-by-side for a dynamic viewing experience. Addressing the need for relevant experiences on mobile devices, Acura kept celebrities and dialog out of the spots so it can more easily customize them for different markets.

While vertical video was originated by Snapchat, it has now been embraced by Facebook, Instagram and a number of publishers. Twitter is also reportedly eyeing the format. Its reach is also extending to influencer marketing and content marketing.

Despite Fox TV’s show “Empire” experiencing a ratings decline this year, Pepsi likely still benefitted from a well-constructed tie-up designed to reach a loyal audience with relevant and interactive content via their smartphones.

For the series’ third season, the soft drink brand offered a nine-episode weekly social series called “Emerge” that appeared on Empire’s Facebook and Instagram pages. Limited-edition cans featured original artwork inspired by the show and a scannable Shazam code unlocked behind-the-scenes footage captured from the set of a musical tribute shoot. During a May episode of the show, fans were directed to the Shazam app where they could stream the musical tribute.

Pepsi is big on scannable mobile experiences in 2017. In another example, packaging for the new limited-edition Pepsi Fire flavor features Snapcodes that unlock exclusive lenses, geofilters and a game when scanned.

As consumers increasingly tune out traditional ads, programs like Pepsi’s underscore how mobile can serve as the linchpin for integrated campaigns bringing together relevant content, social engagement and music. These aren’t one-off engagements, either. By creating a weekly social series, Pepsi was able to reach consumers where they are spending time — on social media — and give them a reason to keep coming back with new episodes once a week.

Jeep offered a best-in-class example of how to leverage custom Snapchat lenses with its “Jeep Hair, Don’t Care” lens, which allowed users to virtually get behind the wheel of an open-air Jeep Wrangler and show their hair blowing wildly when they raised their eyebrows.

The custom photo lens, one of the more popular engagement opportunities on Snapchat, provides an organic way to incorporate a brand into an activity users are already doing — adding fun overlays to photos they take with their smartphones and sharing them with friends. The high cost of lenses — up to $700,000 according to estimates — has kept some marketers away, but when done well results show they can be effective.

Jeep showed how to make the most of the investment with a lens that was so fun that it gained a lot of earned media. The lens was also deeply integrated into the overall campaign for Jeep’s annual 4X4 Day and reflected the overarching message encouraging folks to get outdoors and have an adventure. The filter was even featured in a short digital video and will continue beyond the typical 24-hour window of most lenses via Snapcodes.

Even before its unscripted series for Snapchat, Marriott was leading the way on how brands can leverage original content through its popular “Two Bellmen” series of short films. Taking a strong mobile approach to content, this spring it premiered the unscripted original Snapchat series “Six Days, Seven Nights,” which is airing in four three-minute episodes partially filmed using Snap’s Spectacles and starring social influencers.

The effort is noteworthy because of the commitment from a big brand to
experiment with a number of different content approaches that have been
embraced by younger, smartphone-loving consumers. Turning its focus to
Snapchat enables Marriott to reach these consumers while testing
vertical video and short episodes, two popular formats for reaching
users who want entertainment that can be quickly consumed. The use of
behind-the-scenes footage shot wearing Spectacles and content created by
influencers points to how brands are trying to bring more authenticity
to their content.

Adoption of virtual reality by consumers may be progressing slowly, with gaming still the tech’s sweet spot, but savvy marketers — especially those in the entertainment space — are eager to experiment with more immersive viewing experiences. Last year, the National Football League tested VR with interactive presentations of in-game and post-game highlights of several games. This year, Major League Baseball is taking VR for sports fans to the next level with its launch on June 1 of what the league is claiming to be the first-ever live game virtual reality sports experience.

Viewers with the At Bat app who are using Google’s Daydream headset and an Android smartphone can watch a televised game while seeing live player statistics on either side of the game screen. The goal is to present a significant amount of real-time data in a visually appealing way. There are also opportunities to engage with the content.

How sports fans enjoy a game has been evolving since the days of radio, which was followed by TV, color TV and hi-def TV. MLB.TV introduced internet streaming in 2002 while the At Bat app was launched in 2008. VR is the next evolution in viewing, according to the league.

Mango steps up megastores roll out in France

The $8 billion retail man who's eyeing up the UK