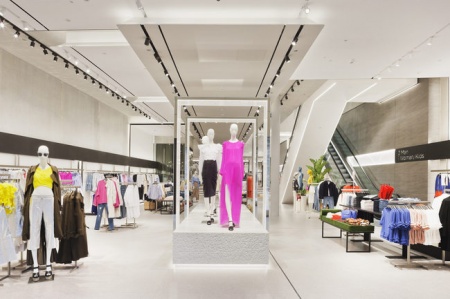 Mango has chosen small to mid-size towns Anglet, Cormontreuil, Illzach
and Claira as the key areas to open its large-scale stores in the French
market.

After opening stores in Anglet and Cormontreuil in the months of April
and May, the company just opened a third store in Illzach, located in
the business and industrial zone of the Alsatian region. The new store
measures 1,000 square meters and carries the brand’s women’s, men’s and
children’s lines.

The new establishments in Anglet and
Cormontreuil command 900 square meters and 830 square meters,
respectively. Both stores also distribute all of the company’s clothing
lines.

The fourth store will open this month in the city of
Claira, in the southwest of France. Located in the newly-opened
commercial center Salanca, the store represents the company’s 26th
megastore in France.

Other French communities such as Paris,
Bordeaux, Strasbourg, Marseille and Grenoble were introduced to the
megastore concept in 2013. The company currently has 202 large-scale
format stores around the world, and has converted 24 percent of its
locations into the megastore format in the past three years.