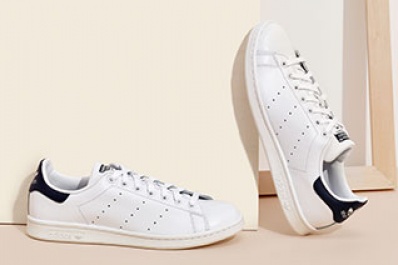 Europe’s biggest online fashion retailer, Zalando, facing a growing threat from rival Amazon moving into its territory, is teaming up with Adidas to offer same-day, free deliveries from one of its sports stores.

Berlin-based Zalando, which sells 1,500 fashion brands from warehouse stock, says the project will improve the speed of delivery and product availability and hopefully boost profits, just as Amazon is investing in its clothing labels and ever more convenient delivery options.

“We shouldn’t forget about Amazon. They are investing a lot… We can wait and see or we can act on it.”

Zalando’s pilot scheme with Adidas in Berlin will make it the first major dedicated online retailer to tap into the inventory held in brands’ own shops.

Supermarkets have found it difficult to turn a profit by filling online orders from store shelves without charging extra for that convenience, although delivering food is far more costly than clothes, especially if chilled or frozen.

Zalando says the new service will initially be free. It didn’t disclose the cost of the pilot but has said it plans to invest €200 million ($228 million) this year on technology and logistics.

Managing board member David Schneider believes that linking store stock to that held in warehouses will eventually make the system more efficient.

“If you have a customer in Berlin and one article still available in Hamburg, why not ship it from there rather than leaving the customer without the article?” he told Reuters.

“The bigger the network gets, the more interesting it gets from an economic point of view.”

Zalando said, for example, soccer fans ordering a jersey before 3pm, for Germany’s European championship match against Poland next Thursday, could have it delivered from the Adidas store in time for kick-off at 9pm.

Zalando hopes to extend the trial to other stores in future.

Zalando says it is not unduly worried about Amazon as it has more expertise in fashion, but has nevertheless been investing in its technology, which has dented its profits and shares.

Germany is Amazon’s second-biggest market outside the United States.

The benefits for Adidas of the partnership with Zalando, Ohlmeyer said, are that it will be able to deal better with peaks in demand. He said some of the firm’s own sites are currently overloaded, with popular items out of stock.

“I know there is enough volume in the market. I just can’t connect it,” he said. “Sharing or digitising the inventory would make us all more efficient and able to read real consumer demand better, and buy better in future, and have less clearance.”

A major challenge for Zalando is that many brands lack real-time data about stock available in their stores and warehouses, one of the reasons it is partnering with Adidas, which says it has 97-98 percent inventory accuracy in its stores in Europe.