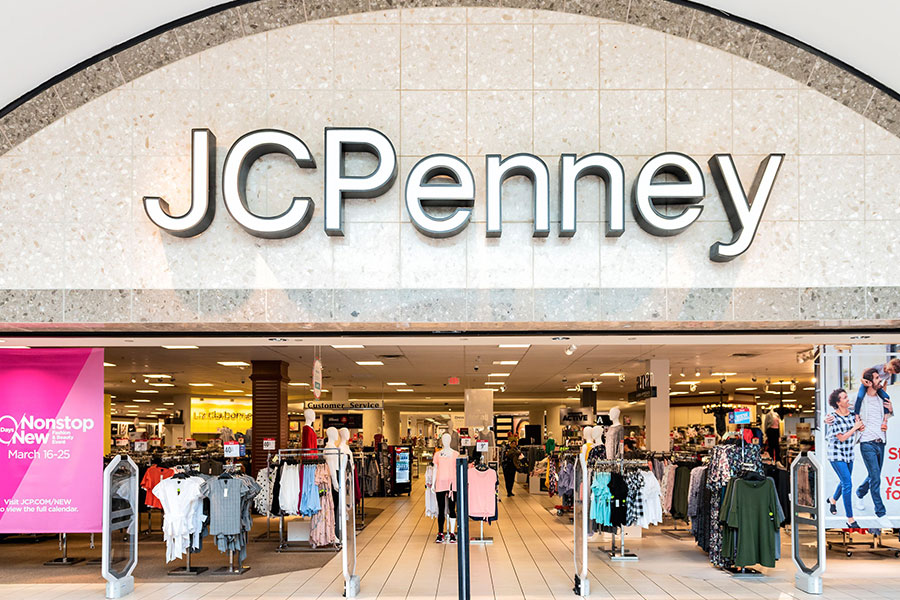 Rumor has it struggling JCPenney Co. is a possible acquisition target for Jeff Bezos’ Amazon.  JCPenney filed for Chapter 11 bankruptcy Friday and said it would close about 240 of its 846 stores permanently over the next two years. If Amazon stepped in and bought the company, it could be a quick, relatively cheap way to get a large brick-and-mortar footprint, similar to its acquisition of Whole Foods in 2017.

The e-commerce giant hasn’t confirmed or denied reports of a possible Penney’s acquisition probe, with a spokesperson for Amazon telling Bisnow Tuesday the retailer doesn’t respond to rumors. But this is a big rumor, considering the e-commerce giant is often considered the final stake through the heart of department stores like Plano, Texas-based JCPenney.  Retail experts believe Amazon is either expanding its apparel vertical or shopping for prime space in key suburban markets where it desires additional last-mile delivery locations or package pickup and drop-off hubs.

“The fact that Amazon is trying to buy a department store would make you think twice,” Weitzman Executive Managing Director Bob Young said. “Why? Because that category is hurting. But it comes back to one thing from my perspective as a real estate guy, and that is generally speaking about the real estate Penney’s controls.” Penney’s owns 347 of its 846 locations and has a supply chain network with 11 facilities made up of fulfillment centers, store merchandise distribution centers and regional warehouses, according to corporate filings.

The company has not released a list of which stores it is considering closing permanently, but said in its bankruptcy filing it intends to be down around 600 locations by the end of 2021. The idea that Bezos and Amazon see Penney’s as a real estate play is not a stretch for market observers. Several days ago, news reports said Penney’s planned to spin off its real estate holdings into a separate REIT. Analysts previously told Bisnow many of Penney’s assets are valuable enough to make it through bankruptcy.  With Penney’s, like most department stores, holding key sites in consumer-centric neighborhoods, Amazon could pick up a massive distribution footprint on the cheap to get deliveries closer to customers. Penney’s has a strong network of stores in rural and urban areas in some of the largest U.S. states, with 82 in Texas, 71 in California and 52 in Florida alone.

“The only other way they could do that would be to find [hundreds] of locations and negotiate leases,” Fort Capital founder and CEO Chris Powers said. “Or they can just buy the one company that has the footprint they need and insert themselves immediately.” Powers knows how difficult finding last-mile properties near population centers can be, with his own investment firm focusing in recent years on strategic infill plays around DFW to find properties that can meet current and future e-commerce demand.

With the acquisition mere rumor, it’s hard to know what an Amazon-owned Penney’s location would look like. Retail experts told Bisnow there are three plays that could come with such a merger.  Amazon could simply use the store footprints for its existing e-commerce business and forget the Penney’s retail model altogether.

“When I think of Amazon buying JCPenney, I don’t think it’s about buying their business to continue doing the things JC Penney was doing,” Powers said. “I think it’s more of buying a bunch of real estate locations, probably moving the JCPenney business model out of them, and inserting Amazon. By doing that, they can almost overnight appear in many more locations.” Or Amazon could use Penney’s strong apparel brand to enhance its online and brick-and-mortar apparel business the same way it solidified itself in the grocery space with the purchase of Whole Foods.  “When anybody thinks about the prowess of Amazon, you can’t help but think about that psyche and [the firm’s] appetite for concurrent and complementary business lines that could continue to ensure their dominance and capture of a market,” Young said.

Whitebox Real Estate co-founder and President Grant Pruitt agrees Amazon may want a brick-and-mortar textile component to solidify its online apparel presence. In a third option, Penney’s stores could also offer a little bit of everything to customers if Amazon purchases the retailer and preserves its 118-year-old brand while improving Penney’s e-commerce and digital presence.  “I see it more of JCPenney being right in line with [Amazon’s] vertical,” Pruitt said. “If you look at what Amazon’s acquisitions have been, they are in groceries, they are in retail, they are in music streaming.

They do have some clothing, but this really puts them into the clothing business and helps them expand that ecosystem.”  Young with Weitzman notes in a business where retailers are now expected to seamlessly combine online retail with in-person shopping, Amazon may be hungry for brick-and-mortar sites while other retailers are struggling under the weight of them.  “Apparel is still important and that’s what really Penney’s evolved to, an apparel store,” Young said. “Maybe the Penney’s deal for Amazon is another billboard of sorts where they enter into a business where they think they can bring efficiencies and economies of scale to it to make it work.”  Penney’s maintains a strong presence in Plano, Texas, with the firm headquartered at The Campus at Legacy West. Developer and campus owner Sam Ware of Dreien Opportunity Partners said Penney’s is current with its headquarters rent, although his firm did have discussions with the retailer about downsizing over the next six to 24 months.  But Ware remains confident in his anchor office tenant and considers Penney’s “very viable.”

Penney’s owned its own Plano corporate headquarters until Dreien Opportunities Partners purchased it four years ago.  Ware views the idea of Amazon buying Penney’s as a brilliant one. “Convert the unprofitable [stores] and make the profitable stores smaller,” Ware said of an Amazon-Penney’s play. “Add a Whole Foods, and a UPS one-stop-shop trifecta [occurs].”  Penney’s also has the right store clear heights and space to offer Amazon space for alternate uses.  “It could be a hybrid,” Young said. “They could have a little bit of a showroom feel. It could have merchandise; it could have a shipping component; and it could certainly be a strategy to help on last-mile.”