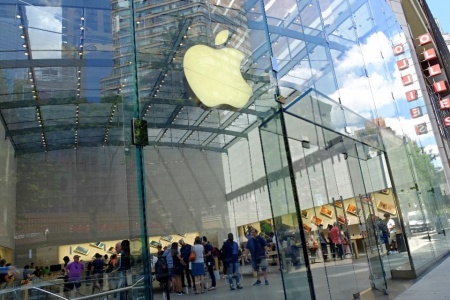 Apple  is about to make what looks like a slight change to the name of its stores. The flagship store in San Francisco has been known for a while not as ‘The Apple Store’ but as ‘Apple Union Square.’ Soon all of the stores will be known by the company name and location, like Apple Fifth Avenue or Apple Anytown. They will no longer be known as ‘The Apple Store’ and the word ‘Store’ will no longer be part of their retail locations’ names.

Who cares? Why bother? In general, Apple stores are so productive and influential that anything they do is important. But this is a more significant shift than a one-word change would indicate.

It’s no secret that retail is undergoing massive shifts. Some prognosticators are saying that physical stores will no longer be needed at all, online will completely displace them.  I disagree with that idea, but it’s clear that stores have to change — and not by a little, by a lot.  Apple’s name change means they know their stores can’t be just stores, they have to be places you go to for more than buying stuff.  The Apple Store is already a place you go to for expertise or just to see what’s new and on view from Apple.  But eventually, they’d love you to go there for classes on a range of topics beyond just how to use their products — and they want you to go there for other events. Apple wants you to think of it as a place to meet friends, a gathering place, an event space, a place you go to for lots of reasons only one of which is to buy Apple products.

That is one of the important ways in which retail is changing.  Apple, and all smart retailers, are recognizing that in a world of smartphones, stores are less necessary for buying things, especially technology. Good retailers will transform their stores from retail to entertainment. Retailers who can make that transition will cause consumers to have a deeper relationship with their brands. That will make it more likely that they’ll sell those consumers more products, whether the place those products are sold is real or virtual.

What will the future of retail look like?  No one knows exactly but if you want to see what I think is the best vision of the future in retail right now and you’re in New York, London or Tokyo, go to Dover Street Market. Don’t bother going to the website, it won’t give you a good idea of what you experience when you’re in the store, you have to see it.

If you’re in New York, go to the old bank-y looking building on the corner of Lexington Avenue and 30th Street.  Keep in mind that the best way to see the New York store is backwards. When you walk in, take the elevator to the top and walk through the small footprint floors using the stairs to transit your way down. If you’re a tourist in any of those three cities, you will find it one of your more entertaining stops and you can do the whole thing in 30-45 minutes if you want.

What makes Dover Street Market unique is that every inch of the store has been designed and curated to make it catch your eye, make you smile and intrigue you. The products are mostly fashion products, a majority is women’s but there’s also men’s. You don’t have to have any interest in fashion to find it amusing and you don’t have to buy anything to have a fun time. There’s also jewelry and some food.  You will find yourself engaged in a way that other stores can’t match and that’s what more retailers need to do.

No one knows what the future will be but one thing is for sure: retailers will have to make you more entertained to get you into their store, get you to buy their products and make you want to come back to their store, site or app. Apple is clearly signaling they understand the need to make their retail locations more versatile. As time goes on, more retailers will make their stores more interesting and those who can’t will not make it. For consumers, some old favorite retailers will go away but the ones who remain will be a lot more fun and interesting.