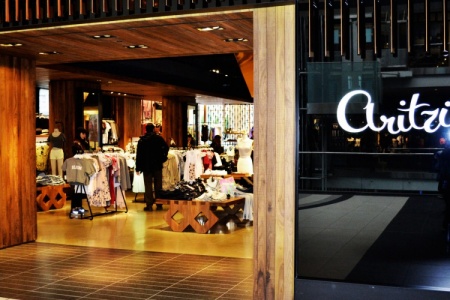 The 30-year-old Canadian company — based in Vancouver with 75 stores, 16 in the United States and a growing on-line presence — has managed to thrive despite competition from fast-fashion giants like Zara and H & M and the death of other Canadian fashion retailers like Jacob and Danier.

The company filed last week for an IPO on the Toronto Stock Exchange.

According to Bloomberg, the company will not receive any proceeds from the sale of the subordinate voting shares, which did not say how much the IPO planned to raise.

Aritzia opened its first U.S. store in Seattle and Santa Clara, California in November 2007, and their Manhattan flagship is 13,000 square feet.

Toronto retail analyst Jim Danahy, CEO of Customer Lab, says the company, which began with a single store in an upscale suburban Vancouver mall in 1984, has a “sensational record” of sales and a “well-defined brand.”

Its CEO Brian Hill, (who co-owns the company with Berkshire Partners, which holds a majority interest), “is one of the most highly-regarded retailers in our country,” Danahy told Canada’s Business News Network.

Why The Apple Store Is Changing Its Name