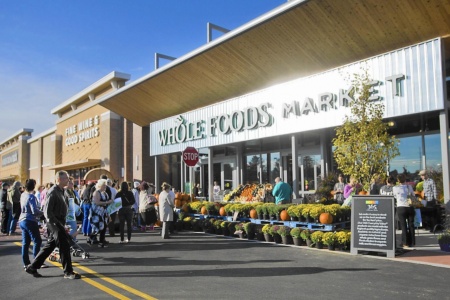 Whole Foods Market has sent an email to members of its loyalty program announcing that it will discontinue its rewards program and digital coupons starting May 2, indicating that it will soon be folded into the Amazon Prime program.

All online accounts are to be shuttered, also on May 2.

“Any account benefits, including membership and/or unused rewards, will not roll into any future programs,” the page said.

“Having already observed reasonable success with recent actions, not to mention robust media coverage, investors should be mindful that pending announced of a Prime-based program would carry obvious headline risk for grocers and serve as a reminder of how competitive the market has become,” analysts led by Christopher Mandeville wrote in a note.

Amazon.com Inc. AMZN, +1.60% acquired Whole Foods Market in June 2017, at which time many observers anticipated synergies to come between the companies.

Jefferies said all arrows now point to consumer-facing changes in the near future, with predictions of new programs for Prime members already in the air, along with talk of a “disgruntled” supplier base.

“Such news of Whole Foods Market’s point of sale finally being married with Prime, which would allow for Amazon to obtain greater purchasing insights and accelerate its strategy conveying value to core customers with unique offers heightens competitive pressures for all grocers, in our view,” the Jefferies note said.

Amazon has enacted a number of changes since acquiring Whole Foods, including price cuts on certain items and 5% cash back on purchases made at Whole Foods using the Prime Rewards Visa V, +0.55% card.

One of Amazon’s biggest grocery competitors will be Walmart Inc. WMT, -0.38%  . Close price scrutiny for the month of April conducted by Raymond James analysts showed that Walmart has Amazon beat on price, at least for now.

“The price for April same like-for-like branded basket of 35 items at Walmart was $127.02, $18.70 cheaper than the $145.72 basket at Amazon,” analysts wrote in a Tuesday note. “Since we began this portion of our pricing study, the Walmart basket has been cheaper 20 out of 23 months.”