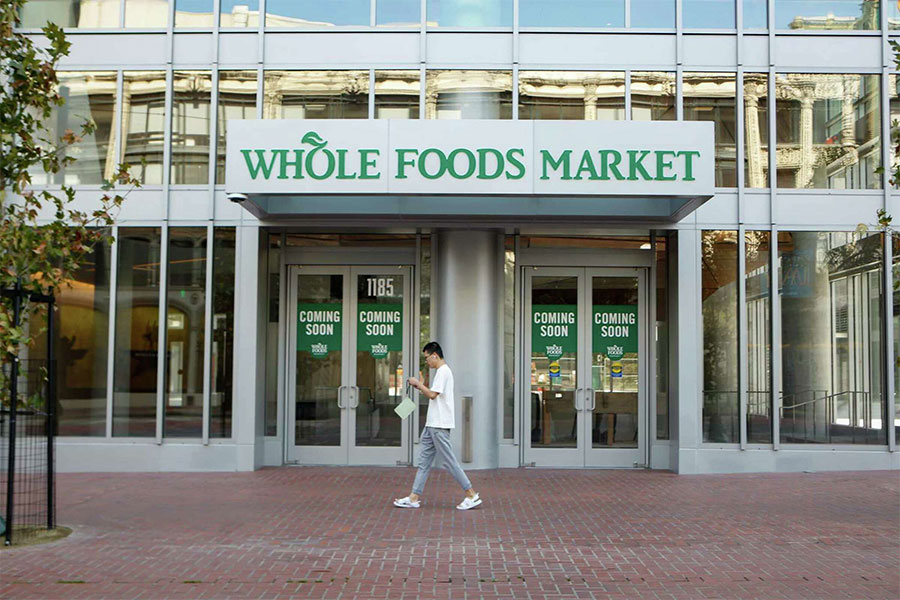 Whole Foods Market on March 10 will open the doors to its new San Francisco flagship store, a 64,737-square-foot store located at 1185 Market St.at Trinity Place, an apartment building in the city’s Mid-Market neighborhood.

The store’s design is a nod to classic San Francisco, with inspiration from the former Crystal Palace Market; the modern, industrial feel of the Tenderloin district; and the iconic colors of the Golden Gate Bridge, the Austin, Texas-based retailer—which earlier this year opened a 50,780-square-foot store at the Stonestown Galleria Mall in San Francisco—said in a release.

The location’s product assortment places an emphasis on local offerings from Northern California, with more than 3,700 local products throughout the store, all hand-picked by Patrick Wyman, local forager for Whole Foods’ Northern California region.

In addition to a wide selection of organic and local foods that meet the company’s rigorous Quality Standards—which prohibit hydrogenated fats, high-fructose corn syrup and more than 150 flavors, colors, sweeteners and other ingredients commonly found in food—the new Whole Foods in the Trinity Place will feature:

Curbside pickup will also be available from the Trinity Place store.

To give back to the San Francisco community, Whole Foods sponsored the grand opening of La Cocina’s Municipal Marketplace in San Francisco. La Cocina is an organization working to increase equity in business ownership for women, immigrants and people of color.

Next starts work on Gap concession at Oxford Street flagship