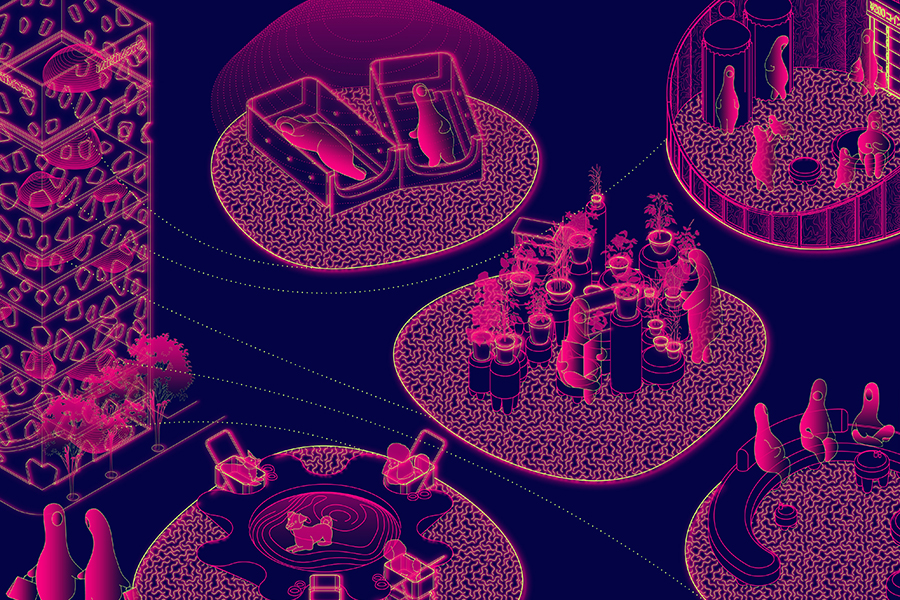 Inspired by the streets of Tokyo, Furii Studio proposes to invade retail with ‘host-pods’.

In the lead up to each issue, we challenge emerging designers to respond to the Frame Lab theme with a forward-looking concept. Hospitality is high on the list for retailers looking to add a drawcard offer to their physical outlets and stay afloat in the increasingly digitally oriented shopping scene. But how can brands move beyond the familiar typologies to create truly surprising on-site experiences? For Frame 142, we asked three creative practices to share their ideas.

Following their graduation from the Universidad Politécnica de Madrid in Spain, Diego Martín Sánchez and Noemí Gómez Lobo received a MEXT scholarship to pursue their doctoral thesis at TokyoTech. They cofounded Furii Studio to explore and dissolve the boundaries between practice and research in architecture. Designed to indulge customers, ‘host-pods’ help integrate occasional moments of hospitality into the retail space. 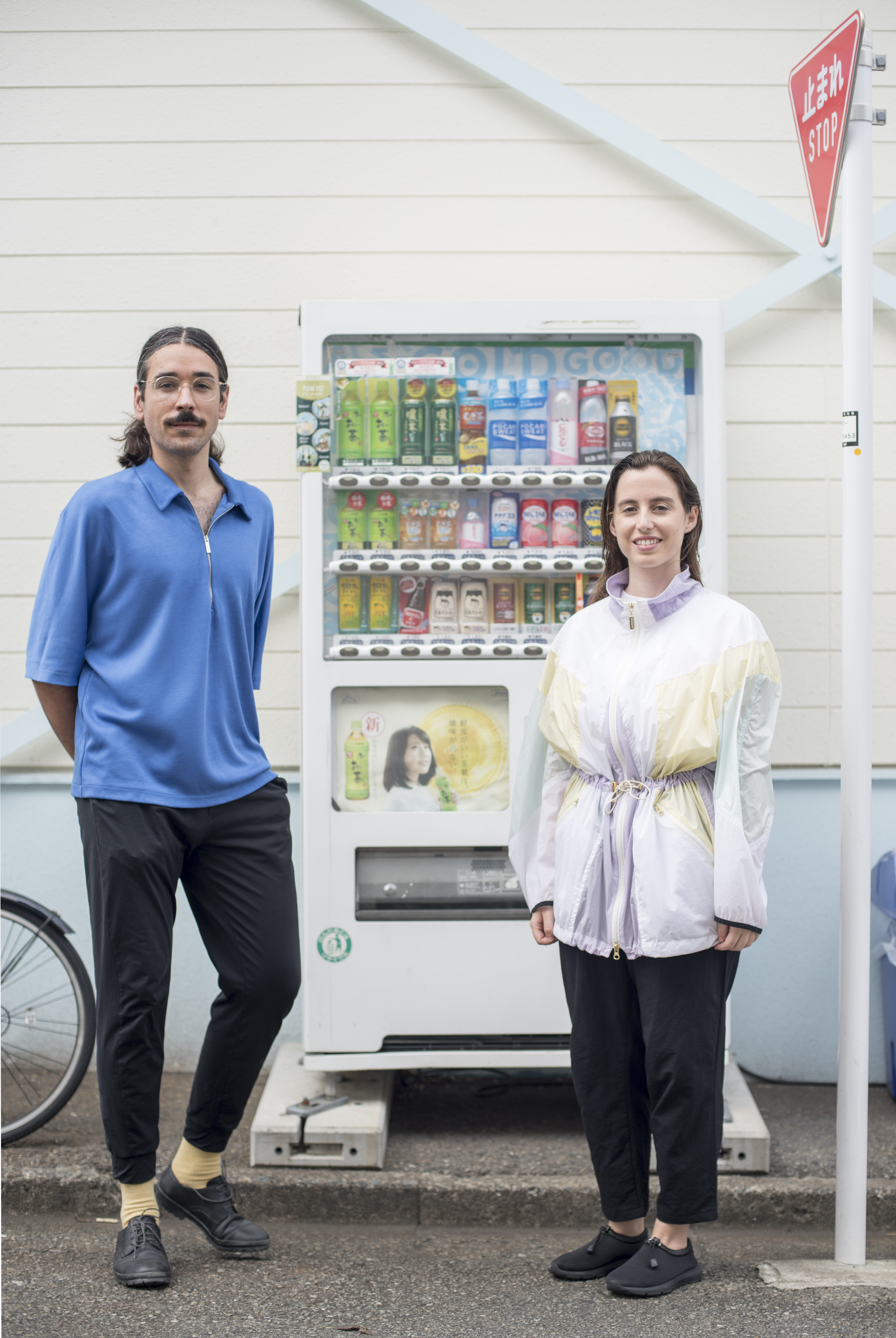 What was your starting point when tasked to contribute to this issue’s Challenge?

DIEGO MARTÍN SÁNCHEZ: We began by observing the hospitality industry and found that countless services included in the hospitality category are intimately linked to the domestic environment. A café can be our living room and a hotel room our bedroom. These spaces attempt to replicate or enhance cosiness to make guests feel ‘at home’. We could say that hospitality is basically exported domesticity and look at a hotel as a public house.

NOEMÍ GÓMEZ LOBO: Drinking, eating and sleeping are ultimately essential actions we all need to take care of our bodies. But recharging or resting surrounded by unfamiliar people can offer an extra pleasure, a rare freedom. In fact, the word hospitality derived from the Latin hospes, meaning (among other things) stranger. The practice of hospitality was the virtue of ensuring the wellbeing of others.

How did this idea of hospitality as exported domesticity inform your next thoughts?

DMS: As architects trained in Spain, but who have been living in Japan for five years, we are fascinated by the manifold spatial and mobile components that emerge in the metropolis and that render hospitality as urban domesticity. To give some examples: we observe vending machines that supply refreshments when you need them most, capsule hotels that offer a resting place if you miss the last train, or coin lockers that allow you to change into a glamorous outfit in the midst of the downtown area. There are also ‘devices’ that cater to non-humans. Think of carts that function as pet strollers and the numerous micro-gardens that grow in every alley.

NGL: Due to their ubiquity, anonymity and banality, these occasional elements of hospitality – we call them host-pods – often go unnoticed by Tokyoites but they empower urbanites and make the city much more accessible and add to the public character. 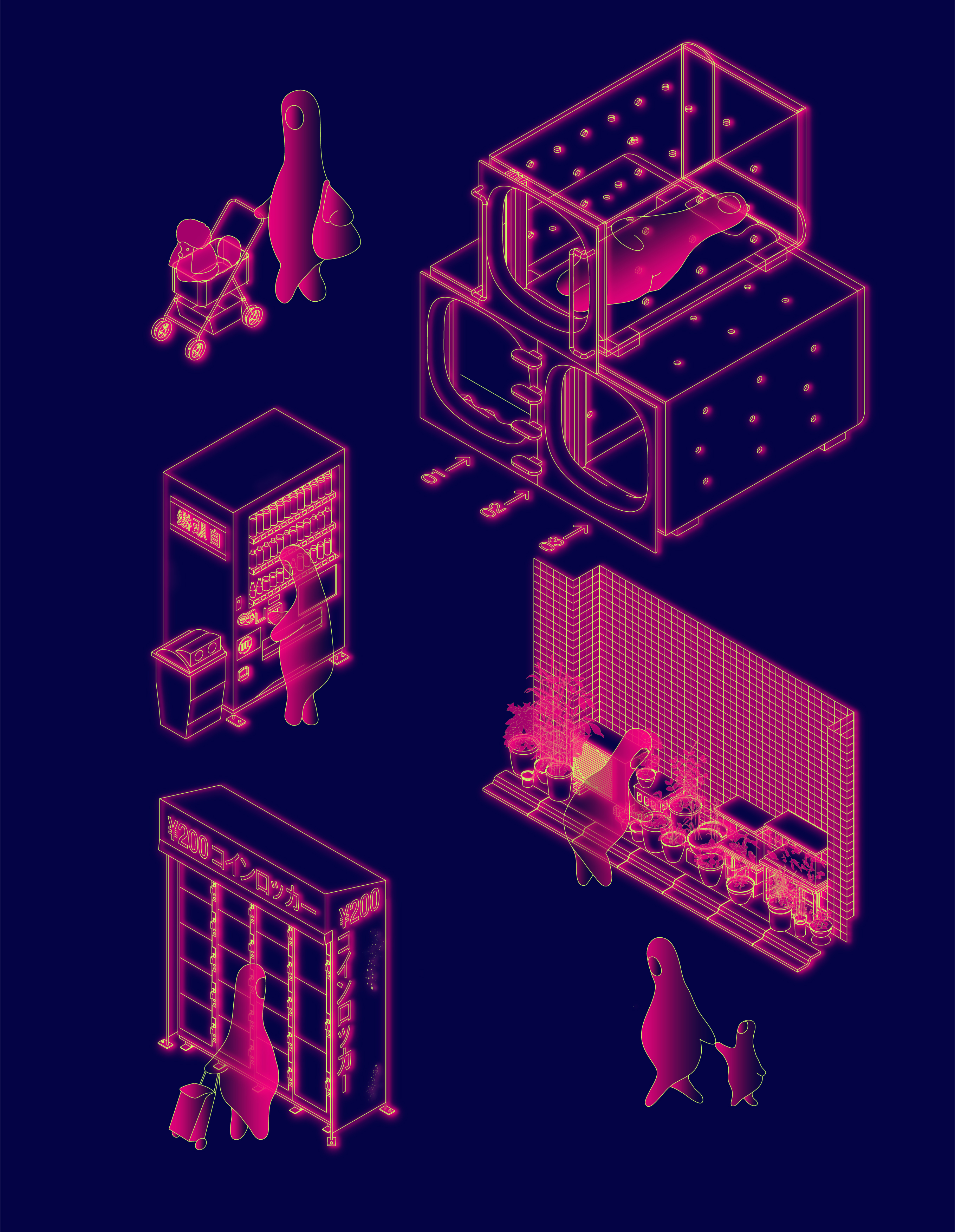 So what can retail learn from these ‘host-pods’ you see embedded in the urban fabric?

DMS: The presence of similar ‘host-pods’ in retail spaces could make stores more inviting, accessible and engaging. By introducing a layer of ‘exported domesticity’ in retail, the relationship with customers can be strengthened and redefined.

Can you give an example?

NGL: Yes! We took a famous flagship store in Ginza, a global epicentre of fashion, as a case study location. We envisioned the installation of various ‘host-pods’ across the different floors. These ‘spatial invaders’ will, for example, allow visitors to purchase a canned coffee from their favourite brand, enter the store with their furry companion, or take a nap tucked into a textured capsule. Occupying unused gaps in the building, like they usually do on the streets, these pods will cherish and indulge customers. They function as intermediary equipment between body and architecture, customizing different environs.