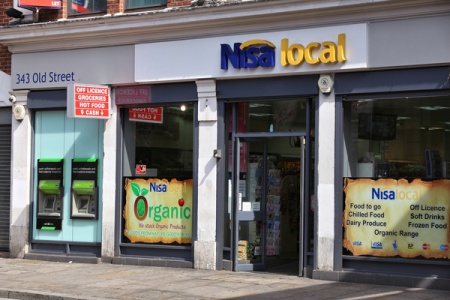 Earlier this week Nisa, one of the UK’s largest convenience store chains, revealed it was exploring a possible sale. As a mutually-owned retailer this could fundamentally change the way the company operates, bringing in outside investment and potentially diminishing the power of its 1400 members.

This model has worked for Nisa since its inception in 1977, growing its estate to over 3500 stores in the UK. Why now, then, would it suddenly want to change things up?

The answer is the looming landmark deal between Tesco and Booker, which Nisa’s chief executive Nick Read said in April would cause “enormous disruption over the next 18 months”.

Although the deal has not yet been confirmed, the prospect of the £3.7 billion merger is already having a big impact on both the grocery and the convenience sector.

It has the potential to change the relationship between suppliers and retailers, and could leave any company unable to make changes fast in the dust.

As retail guru Lord Stuart Rose said in January: “This deal says the food sector has to think about the future and we could see consolidation, as what we have at the moment is overcapacity, price pressure, cost pressure and margin pressure.”

This effect has already been seen in the grocery sector, as Sainsbury’s is reportedly eyeing a potential buyout of Palmer & Harvey, the UK’s leading tobacco supplier. Despite the move remaining highly speculative, it is viewed as a defensive move against its rival’s merger.

Professor of retail marketing at Heriot-Watt University, John Fernie, believes the strongest effects will be felt in the convenience sector.

Despite the recent prominence of discount grocers Aldi and Lidl, the Big 4 have long dominated the grocery market. Meanwhile, the convenience market has remained far more diverse and fragmented in comparison.

Both of these sectors could see a significant change in the coming years, as the giants attempt to consolidate the convenience market.

Fung Global Retail & Technology lead UK analyst John Mercer said the merger could be the starting gun for this process.

Mercer goes on to point out that the deal which stands to disrupt the convenience sector so significantly on balance seems to favour Booker, especially in light of the shareholder revolt Tesco has withstood following the proposal.

Amid the “death of the weekly shop” which has seen consumers shift towards buying less, more often, Tesco has neatly positioned itself to capitalise on this trend.

An Hermès Laundromat Is Coming To New York

Amazon To Acquire Whole Foods Market For $13.7B