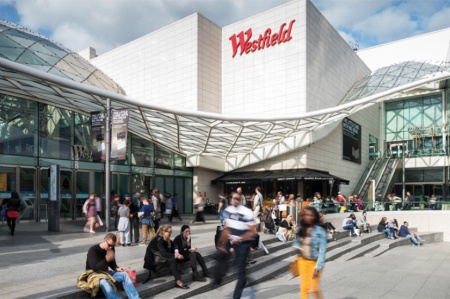 The nature of retail is changing, as the shift toward e-commerce threatens the value of major retailers in the market. Experts forecast doom for some household brands, and a slew of companies are being hit with declining sales and financial turmoil.

Store closings and bankruptcies are the narrative of 2017, part of an ongoing “retail apocalypse.” Sears, J. Crew and Neiman Marcus are just a few of the many big names potentially facing bankruptcy, as Retail Dive reports.

But it is unlikely traditional retail will go away altogether. Instead, companies have to rethink consumer patterns and better understand what people want from their shopping experience, particularly as the biggest shopping season of the year approaches. This is where technology comes into play, embedding a layer of digital resources into physical shopping locations that can consolidate everything from security and data collection to parking navigation.

Westfield, one of the world’s largest shopping center owners and managers, has 35 malls, 6,500 retail outlets and sees around 400 million visitors annually. But the company has seen significant shifts and changes to consumer desires and behaviors.

This is one of the reasons Westfield turned to Taylor, who spent nine years at sports and entertainment company AEG before joining Westfield in July 2015. The company was looking to shift from a landlord-tenant relationship to helping craft experiences for retailers, brands and consumers. The company looked toward Taylor to help bring the digital and physical world together.

Though Taylor did not have a large retail background, the problem she needed to solve was akin to reshaping the fan experience she cultivated at AEG.

Five to eight years ago, the arena business was also losing customers, facing issues similar to what retail is going through, Taylor said. “Why would I come to a sporting event, when I could sit at home on my couch and have the luxury of HDTV and a refrigerator right around the corner?”

So arenas began embedding technology and digital into their overall business strategy to better reflect consumer demands, a move some retailers are taking to help boost foot traffic in physical locations.

As Westfield reimagined and reinvented retail, the company began embedding technology. Now, along with retail, Westfield facilities can morph into large entertainment venues that can accommodate up to 1,000 people with state of the art technology built in

With Black Friday and Cyber Monday just days away, consumers are in the mood to spend. But the question many retailers have to ask is where will people spend: Online or in stores?

Combined with a potentially hassle-filled shopping excursion, it is easy for consumers to point, click, drag and drop on mobile shopping apps.During the week of Black Friday, Americans are projected to spend 45 million hours on Android shopping apps, according to App Annie.

To help ease the customer experience, Westfield relies on technology it already implemented during redevelopment of its locations to support heavy shopping days.

Westfield has taken out some of the barriers retail has traditionally had, such as parking, which is one of the No. 1 consumers complaints, Taylor said.

Now, garages are designed to better accommodate traffic flows and customers can use technology to reserve parking, or pay on an app rather than waiting in line. The technology even allows customers to use directional finding to see how many spaces are available and which are the best entrances to use

When Westfield began development on Century City in Los Angeles, there were less than 300 endpoints, limited to CCTVs, back office computers and a few, disparate media streams.

Now, Century City has more than 3,000 endpoints, consolidated where possible, embedded in everything from speakers to Wi-Fi access points. And because of technology advancements, Westfield doesn’t require as many devices to cover its vast footprint. For example, one camera can track the number of customers and provide security feeds, Taylor said.

The ultimate goal is to integrate the technology with retailers, blending the digital and the physical not just in the facilities, but in stores as well, Taylor said.

One concept is to offer a “Shop as a Service.” Rather than just providing the shell and core of a store, Westfield could also integrate Wi-Fi, POS and media streams, for example, leaving retailers to only focus on the merchandising or service offering.

That kind of seamless integrated experience, all evaluated from the consumer’s perspective and need, could help eliminate barriers retail is facing.