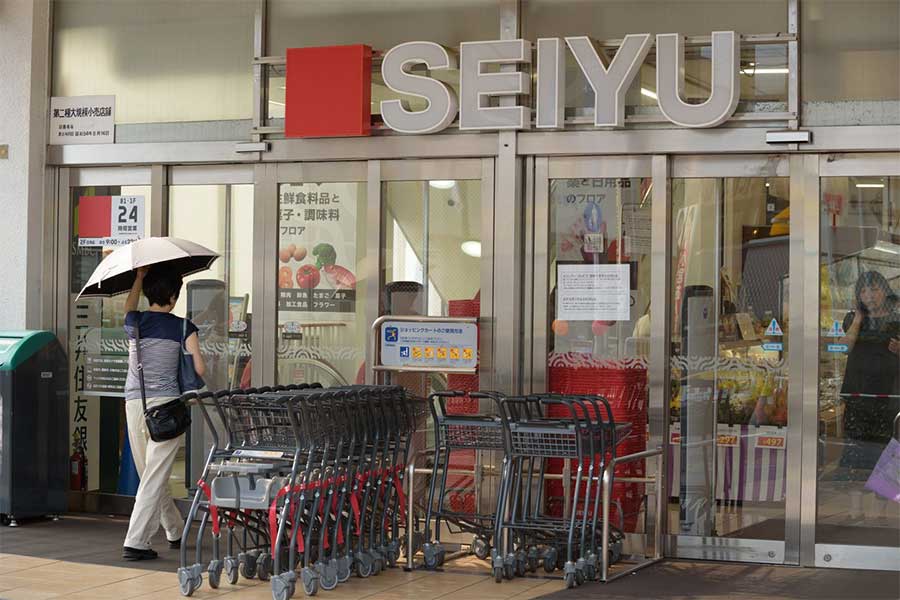 Walmart Inc. WMT 1.26% threw in the towel on Japan after 18 years, selling most of its stake in a local supermarket chain and continuing its retreat from slow-growing global markets in favor of e-commerce bets.

Walmart has sold three longtime overseas holdings in less than seven weeks, each at the cost of some financial pain.

In October, the Bentonville, Ark., giant agreed to sell U.K. grocery-store chain Asda Group Ltd. to a private investment group in a deal valuing Asda at the equivalent of $8.8 billion. Walmart said it expected to recognize a noncash after-tax loss of about $2.5 billion. And on Nov. 6, Walmart said it would sell its retail operations in Argentina in a deal that would result in a noncash after-tax loss of about $1 billion.

The rapid shift to online shopping around the world because of the Covid-19 pandemic also played a role in Walmart’s decision to sell its Japanese operations, said a company spokesman Monday. Rakuten already has e-commerce infrastructure in place and is able to ramp up quickly to meet customer expectations, said the spokesman. “A partnership like this just makes more sense for the business,” he said.

The pandemic has also helped grocery stores and may have made it easier for Walmart to find buyers. “It’s been a big tailwind because more people are staying home and eating out less,” said Eiji Yatagawa, a partner at KKR. “The purchase amount per visit has also gone up because they are trying to go out less frequently.”

Two years ago, Walmart sold most of its Brazilian operations in another deal that left it with losses. The retailer retains a big bricks-and-mortar presence in some places, including China, Mexico and Central America.

Walmart’s biggest overseas bet in recent years was in e-commerce: In 2018 it bought roughly 77% of Indian startup Flipkart for $16 billion—its largest-ever acquisition.

Walmart’s method of achieving dominance in the U.S.—squeezing out supply-chain inefficiencies and getting the best price from suppliers—often failed to translate in overseas markets such as Japan.

After first investing in Seiyu in 2002, Walmart ultimately spent more than $2 billion to take 100% control of the perennial money loser by 2008. Seiyu stopped reporting its results after that, but other Japanese big-box stores selling daily necessities such as groceries and household items have been suffering. Government filings from Walmart’s Japan holding company, Seiyu’s direct parent, have shown virtually no net income in recent years.

KKR’s Mr. Yatagawa said the involvement of Rakuten, whose e-commerce businesses in Japan compete with Amazon.com Inc., will help Seiyu offer a combination of online and offline shopping. And Seiyu, he said, will be able make faster, more localized business decisions under private-equity management than under Walmart.