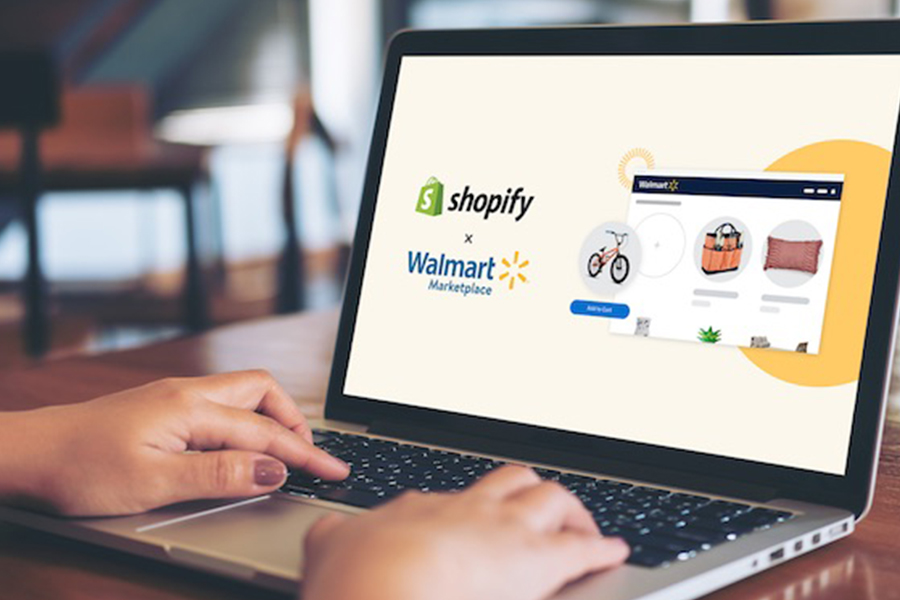 Walmart has joined forces with commerce shopping platform Shopify to open its third-party Walmart Marketplace site up to new small and medium businesses.

This new venture will help small and medium business owners reach millions of customers who shop Walmart.com every day, while broadening the assortment of items customers can shop on the site, during a moment where online shopping is surging due to the coronavirus pandemic and related retail restrictions.

VP of Walmart Marketplace Jeff Clementz noted the retailer is focused on U.S.-based small and medium businesses whose assortment complements its and who have a track record of exceeding customers’ expectations. Clementz said Walmart expects to add 1,200 Shopify sellers this year.

Walmart’s U.S. e-commerce business grew 74% in its first quarter of 2021 and growth in marketplace outpaced the overall business even as first-party sales were strong. During Walmart’s earnings call for the quarter president and CEO Doug McMillon said the company wants “to drive this e-commerce business and the marketplace that goes with it as aggressively as we can.”

Walmart also announced last month that it would discontinue Jet.com, the e-commerce platform it purchased in 2016 and folded into its own operations. President and CEO of Walmart U.S. eCommerceMarc Lore, who was appointed in 2016 when his company Jet.com was acquired, said on the call that Walmart needs to “continue to add brands, because it’s a particularly good period of stretch for us where we’ve added a lot of really good brands.”

Clementz said the integration of Shopify and Walmart Marketplace will allow approved Shopify third-party sellers to seamlessly list their items on Walmart.com, giving Walmart customers access to a broader assortment.

Walmart Supercenter Store #359 in Fayetteville, AR, is testing a self-checkout only shopping environment by removing its conveyor belt lanes and replacing them with self-checkout counters, Fox Business reports. The goal is to see if the increased use of self-checkout will speed up purchases, while providing a safer experience for shoppers through less interaction. If the test run is successful, the new design could be rolled out to stores across the country, according to the company.