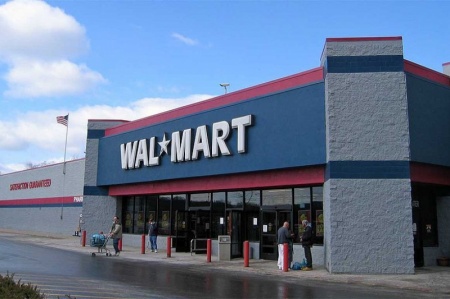 Walmart just killed an app that let shoppers scan and pay for items with their smartphones so they could skip waiting in line at checkout registers, the company confirmed to Business Insider on Tuesday.

The decision to drop the app, called Scan & Go, comes just four months after the retailer announced it would expand its test of the technology to more than 100 stores.

The expanded test highlighted a problem, however: not many customers were actually using the technology.

“There was low participation,” Walmart spokesman Ragan Dickens told Business Insider. There were also some parts of the service, which provided handheld scanners in stores in addition to the smartphone app, that were creating “friction” for customers, he said. CBC News was the first to report that Walmart was dropping Scan & Go.

It’s not uncommon for Walmart to test new services to find out what works for customers and what doesn’t.

The company said it would use what it learned from the Scan & Go test to inform other ongoing tests, such as Check Out With Me, a new service that arms Walmart employees with mobile checkout devices.

But the failure of Scan & Go highlights a key challenge for Walmart in its battle with Amazon: getting Walmart’s core customers to adopt new technologies and engage with the company digitally.

As Walmart drops Scan & Go, Amazon is doubling down on its own version of the technology with the expansion of its cashierless store, Amazon Go.

Like Walmart’s Scan & Go, Amazon Go stores allow shoppers to check out without cashiers or registers.

Kroger is also investing in a cashierless checkout service that it calls “Scan, Bag, Go.” The company is bringing “Scan, Bag, Go” to 400 stores this year.

Walmart customers can still avoid the checkout line at stores, however, if they order goods online, including groceries.

The company is expanding its grocery pickup service — which allows customers to order groceries online and have them loaded into their cars by Walmart employees — to more than 2,000 stores this year.