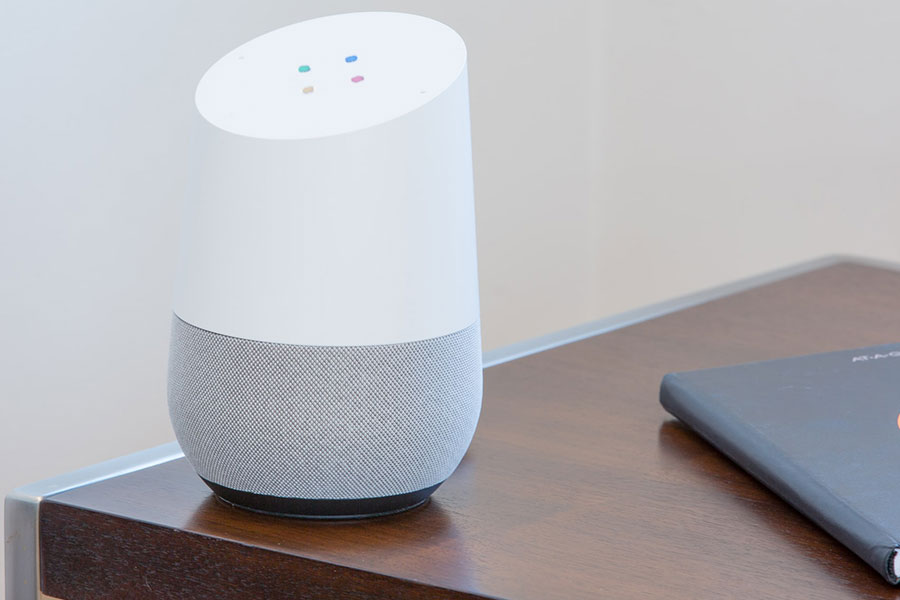 Every workday at 5 p.m. sharp, a speaker in the corner of Mark Spates’ home office starts playing bossa nova. Spates, who leads Google’s smart speaker efforts, set up this routine a couple of weeks into shelter-in-place after realizing that he was working 12-hour days without a break. Now, the Brazilan rhythms remind him to take a breather.

It’s just one example of how smart speakers are quickly becoming a more integral part of people’s lives in the work-from-home era. “Usage is up overall,” Spates said, because “everyone is at home.” While some of the voice trends emerging from shelter-in-place are not entirely surprising, others are more profound and will likely have long-term implications on the use of voice technology in the home.

Forty-one percent of U.S. broadband households own a smart speaker or smart display, according to Parks Associates. Among those households, music listening and video viewing on smart speakers and displays are up significantly during shelter-in-place, with Spates calling out Chromecast usage in particular as something that has grown a lot over the past couple of months.

Recipes are also being used a lot more, especially on smart displays. Consumers are “looking for the assistant to become their sous chef,” Spates said. Some of the most popular voice requests are down, including questions about traffic conditions and potential rain. “You’re not so worried what’s the weather today,” Spates said, adding that home security also was less of a concern for many people since they’re not actually leaving the house.

Those observations are echoed by a recent NPR/Edison Research report, which found that simple “what time is it” questions have also declined during shelter-in-place. Media consumption, on the other hand, has increased significantly during the pandemic, with NPR/Edison finding that 36% of the smart speaker owners it surveyed were listening to more music and entertainment, and 35% reporting more news consumption.

Video chat on compatible smart displays has seen massive growth, Spates said. “Video calling is the really big shift that happened,” he said. “Everyone calls Grandma.” Google introduced a first smart display with an integrated camera last year, and Spates said that he expects those devices will continue to be used for communication even after shelter-in-place is lifted. “I don’t think that’s going to go away,” he said. “It’s the new norm.”

Other shifts are more subtle but could be just as consequential in the long run. “Beforehand, the house was very transient,” Spates said. Now, voice-controlled speakers and smart displays are becoming a lot more family-oriented, which includes group calls but also other shared interactions. And with everyone stuck at home, we observe each other interacting with these devices, picking up cues on how to get the most out of voice assistants. “These devices are extremely communal,” Spates said. “Every person learns from each other.”

Early data also seems to suggest that smart speakers are starting to permeate more of the home, moving beyond the kitchen or living room. Seventy-one percent of the people surveyed by NPR/ Edison in early April said that they were thinking about getting another speaker to entertain children in additional rooms of their house, compared to 47% who expressed that intent a year earlier. Spates said that his team has seen an increased use of speakers for bedtime stories and similar children’s entertainment.

Aside from these patterns, Spates and his team are also seeing a lot more experimentation, with consumers using timers and reminders in unexpected ways to make smart speakers work for their personal shelter-in-place needs. He is taking some of these cues and is now thinking about ways of incorporating them into future product and feature ideas, which could include additional wellness nudges to discourage unhealthy work-from-home habits — with or without bossa nova.