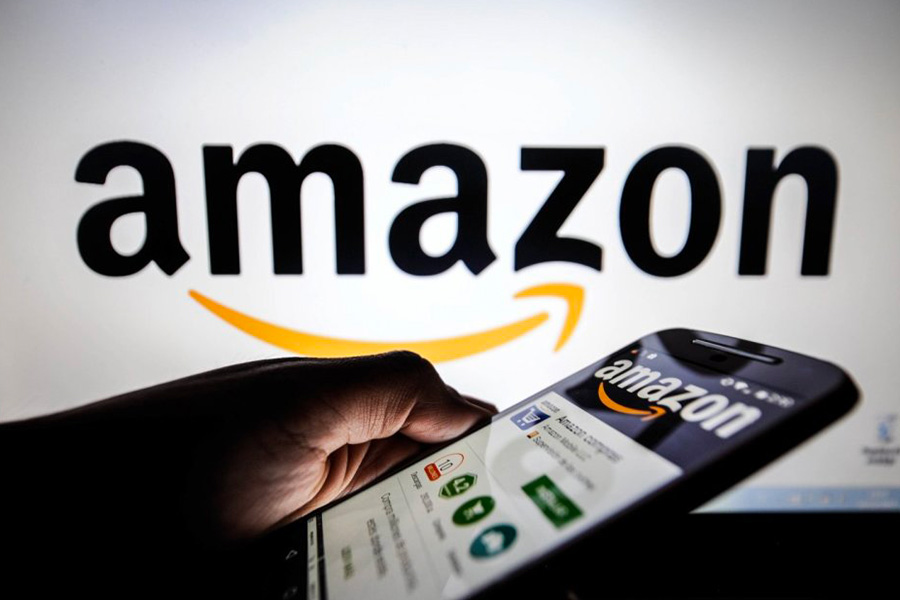 As brick-and-mortar chains teeter in the face of the pandemic, Amazon continues to gain ground.

The retail juggernaut is valued at no less than $1.4 trillion—roughly four times what it was in late 2016 when its market cap hovered around $350 billion. Last year, the Jeff Bezos-led company shipped 2 billion packages around the world.

Today’s infographic shows how Amazon’s market cap alone is bigger than the nine biggest U.S. retailers put together, highlighting the palpable presence of the once modest online bookstore.

Neiman Marcus, JCPenney, and J.Crew have all filed for bankruptcy as consumer spending has migrated online. This, coupled with heavy debt loads across many retail chains, is only compounding the demise of brick-and-mortar. In fact, one estimate projects that at least 25,000U.S. stores will fold over the next year.

Still, as safety and supply chain challenges mount—with COVID-19 related costs in the billions—Amazon remains at the top. It surpasses its next closest competitor, Walmart, by $1 trillion in market valuation.

How does Amazon compare to the largest retailers in the U.S.?

Source: Deloitte, YCharts
*Largest public US retailers based on their retail revenue as of fiscal years ending through June 30, 2019, e=estimated

With nearly a 39% share of U.S. e-commerce retail sales, Amazon’s market cap has grown 2,830% over the last decade. Its business model, which aggressively pursues market dominance instead of focusing on short-term profits, is one factor behinds the rise.

By the same token, one recent estimate by The Economist pegged Amazon’s retail operating margins at -1% last year. Another analyst has suggested that the company purposefully sells retail goods at a loss.

How Amazon makes up for this operating shortfall is through its cash-generating cloud service, Amazon Web Services (AWS), and through a collection of diversified enterprise-focused services. AWS, with estimated operating margins of 26%, brought in $9.2 billion in profits in 2019—more than half of Amazon’s total.

Unlike many of its retail competitors, Amazon has rapidly diversified its acquisitions since it originated in 1994.

Accounting for the lion’s share of Amazon-owned physical stores, Whole Foods has 508 stores across the U.S., UK, and Canada. While Amazon doesn’t outline revenues across its physical retail segments—which include Amazon Books stores, Amazon Go stores, and others—physical store sales tipped over $17 billion in 2019.

Meanwhile, Amazon also owns gaming streaming platform Twitch, which it acquired for $970 million in 2017. Currently, Twitch makes up 73% of the streaming market and brought in an estimated $300 million in ad revenues in 2019.

Despite the flood of online orders due to quarantines and social distancing requirements, Amazon’s bottom line has suffered. In the second quarter of 2020 alone, it is expected to rack up $4 billion in pandemic-related costs.

Yet, at the same time, its customer-obsessed business model appears to thrive under current market conditions. As of July 1, its stock price has spiked over 51% year-to-date. On an annualized basis, that’s roughly 100% in returns.

As margins get squeezed and expenses grow, is Amazon’s growth sustainable in the long-term? Or, are the company’s strategic acquisitions and revenue streams providing the catalysts (and cash) for only more short-term success?