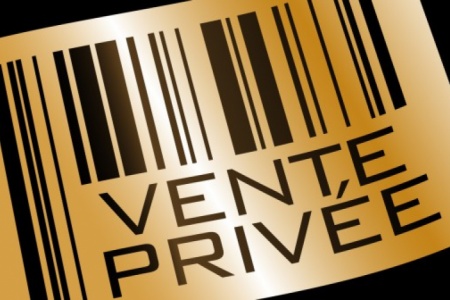 Barcelona has just clocked up its biggest ever exit. The price-tag on the sale of veteran Spanish ecommerce player Privalia, headquartered in the city, to France’s Ventee-Priveehas not been officially disclosed but recent rumors swirling about a possible exit for Privalia pegged the price being discussed at up to €500 million (~$560M). TechCrunch also has a source confirming the €500 million figure.

In a statement emailed to TechCrunch, Giuseppe Zocco, parter at Index Ventures, one of Privalia’s investors, added: “Privalia is one of the largest flash-sales companies and number one leader in Italy, Spain, Brazil and Mexico. The co-founders Lucas, Jose and their team in Barcelona have built a multi-hundred-million euro business that has attracted more than 28 million customers. Now with vente-privee.com, they will have more than 60 million registered users across Europe and South America. This is a great European and Barcelona story and we’re excited to have been part of it.”

Privalia had raised more than $500 million in funding since being founded back in 2006, according to CrunchBase, which suggests a not too sizable return for investors. However one source told TechCrunch Privalia had in fact raised far less, closer to $150M, suggesting the exit is indeed putting smiles on investors’ faces. Update: Privalia’s CrunchBase entry has also now been updated to state the company in fact raised $189.19M in six rounds of funding, so it looks like a substantial ROI after all…

Regardless of the exact size of the return for Privalia’s investors, it’s certainly a sizable exit for the Southern European region. Luis Martin Cabiedes, of Spanish early stage VC firm Cabiedes & Partners, suggested in a tweet the sale might mark the biggest exit for a Spanish business to date — noting also that Privalia clocked up some €415 million in sales last year.

Commenting in a statement, Privalia co-founders Lucas Carne and Jose Manuel Villanueva, added: “We are excited to join the creator of the online flash sales concept. This alliance will enable us to accelerate our growth and expand our offerings to new sectors, which our members will benefit from.”

Following the acquisition, Privalia will continue to be run as a separate brand, with Ventee-Privee’s primary driver here being the quest to claw out more growth in the European market via consolidation — talking up the benefits of sharing retail expertise/innovation in a regional retail landscape it couches as both fragmented and mature. So, in other words, fashion ecommerce growth in Europe demands nurturing local brands; rather than being one-size fits all.

“This new expansion reflects our continued active approach to the European deployment, which began in 2015 with a majority stake in the Belgian company vente-exclusive,” noted Jacques-Antoine Granjon, CEO and founder of vente-privee.com, in a statement, flagging up Privalia’s success in “two of our key markets” (Spain and Italy).

It’s not the only spot of shopping Ventee-Privee is indulging in. Also today it confirmed it has acquired a majority stake in Swiss retail site, eboutic.ch, which was founded back in 2007 — with the aim there being to inject cash into that domestic ecommerce business to push to accelerate growth.