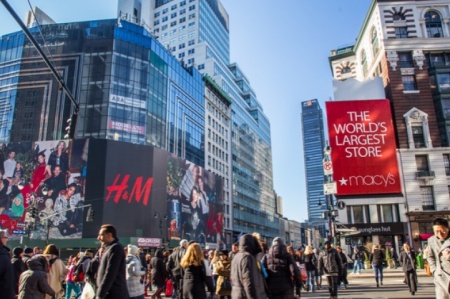 The Commerce Department says retail sales increased 0.4 percent in April from March. Sales ticked up just 0.1 percent in March and fell in February.

The increase suggests that consumers may spur faster growth in the April-June quarter after the economy barely expanded in the first three months of the year.

The rise also indicates that the struggles of large retail chains, such as Macy’s and J.C. Penney’s, reflect changes in consumer buying patterns rather than broader economic weakness. Sales at department stores fell 0.2 percent. Yet a category that includes online retailers reported sales growth of 1.4 percent, the strongest of any group.

In challenge to Wayfair, Amazon, Target up the ante in furniture