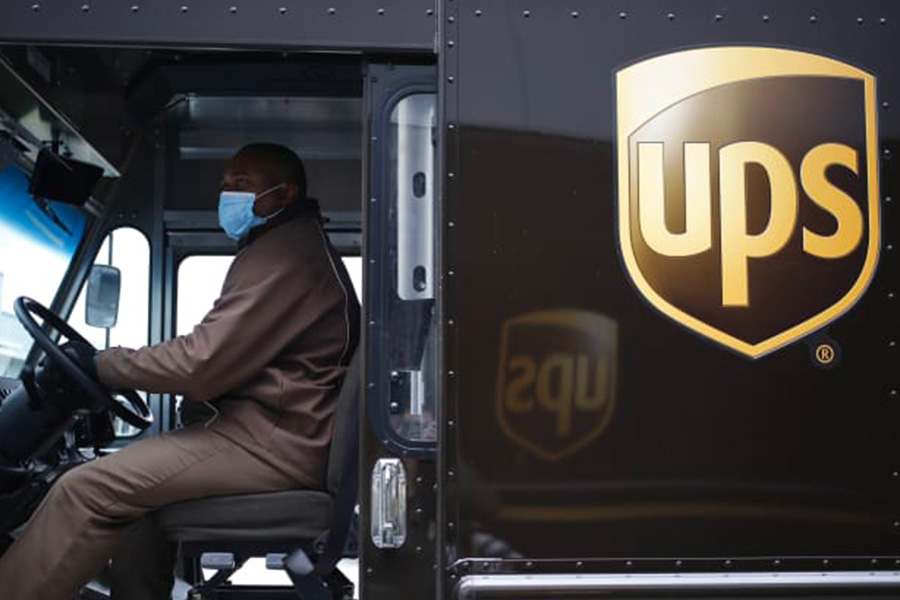 UPS reportedly told its drivers on Cyber Monday to stop picking up packages at some of the largest retailers in the U.S., such as Nike and Gap, after they reached capacity allocations set by the delivery company.

Retailers had attempted to push up the start of the holiday shopping season this year because of the coronavirus pandemic by offering discounts as early as October. The hope was to encourage people to buy online instead of crowding in malls, and spread out the number of packages being shipped at any one time.

The number of shoppers in stores on Thanksgiving weekend was lower than last year, the National Retail Federation said Tuesday. And although online shopping hit record levels from Thursday through Monday, the sales were below the amount forecasted by Adobe Analytics.

UPS had set “specific capacity allocations” for its customers over Black Friday weekend and throughout the holiday season as it works to deliver packages at record volumes, Glenn Zaccara, UPS’ director of media relations, told CNBC on Wednesday.

UPS declined to name any retailers that maxed out their capacity.

A Gap spokesperson told CNBC that the company’s “very happy” with the performance of its package delivery network following the busy shopping weekend, especially its partnership with UPS.

“Knowing the unique constraints the industry is facing this peak season, we worked with our carriers early on to collectively build a strategic plan of execution — which includes dynamic pickups at stores,” the spokesperson said.

A spokesperson for L.L. Bean said UPS continues to be a great partner” and while there are some delays, the delivery company is still “actively picking up packages from our warehouse facility and our retail locations daily.”

Nike expects a majority of its orders to meet expected delivery dates and any changes will be communicated with customers, a spokesperson said.

Macy’s is encouraging people to do their shopping early this holiday season while it works with UPS and other shipping partners to manage deliveries, a spokesperson for the company told CNBC. The company is offering contactless curbside pickup, in-store pickup and same-day deliveries through DoorDash to ensure shoppers receive what they need on time.

Andrew Meslow, CEO of L Brands, which owns Victoria’s Secret and Bath & Body Works, was asked about the shipping caps at an investor conference hosted by Morgan Stanley on Wednesday, and he described the situation as “challenging.”

“We’ve been pleased with our ability to fulfill and to ship,” Meslow said. “But there are still several very, very important needs. Everyone’s shipping cutoff is in mid-December, and we’re sitting here on Dec. 2, so call it another two weeks of really high volume that we need to clear and make sure that both facility and shipping network continues to stay very, very productive.”

Online sales reached $10.8 billion on Monday, setting a record for the largeste-commerce shopping day ever, Adobe said. Its data tracks transactions from 80 of the top 100 retailers. Adobe expects online sales will rise 30% from last year to $184 billion over the entire holiday season.

AI Is Transforming the Way We Shop