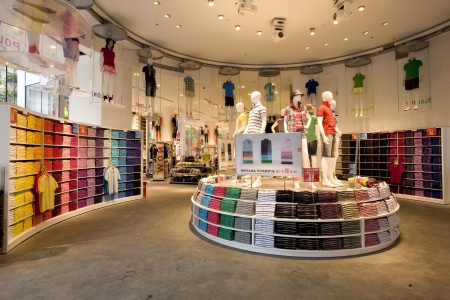 To do so, the retailer is shuttering stores in suburban U.S. malls, in
favor of larger locations in cities like Boston and Washington, D.C.

The label’s first attempt at cracking the U.S. market came more than a
decade ago, when it opened stores at three New Jersey malls. It quickly
retreated from those locations in favor of a high-profile flagship store
in Manhattan’s SoHo neighborhood.

Then, after expanding to 20 locations over a 10-year period, the company picked up its expansion pace in 2014, nearly doubling its presence in one year. Still, its strategy fell short, leading to the closure of several mall-based stores in towns like Willow Grove, Pennsylvania, and Danbury, Connecticut.
Though the company has since dialed back its expansion plans — including its decision to no longer explicitly target the 200 stores it had planned for three years ago — Nakasuji said the brand still has a much bigger opportunity in the U.S. Indeed, while it is still relatively unknown by American shoppers, Uniqlo is owned by the world’s third largest specialty apparel retailer: Fast Retailing.

Rooted in a basic aesthetic, Uniqlo’s products strive to solve key problems people face when wearing apparel. That includes its Heattech product, which traps a person’s body heat to keep them warm on a cold day. As such, many consider its designs to more technically savvy versions of the assortment found at Gap.

Uniqlo showcased its upcoming fall line at a presentation in downtown Manhattan Wednesday. It was the first time the brand held such an event in New York City, highlighting its commitment to the area, the company said.

The problem is that outside of that presentation, the company doesn’t do a great job communicating the quality and functionality of its products to the American consumer, Jan Kniffen, CEO of the J Rogers Kniffen research and consulting firm and a CNBC contributor, said.

Because the company’s prices are akin to fast-fashion companies like H&M or Forever 21, consumers assume Uniqlo’s products are low quality and disposable. Meanwhile, the brand has an “extremely limited” number of styles that makes its assortment look repetitive, Kniffen said. That issue will become more pronounced as it opens larger locations, he added.

Uniqlo’s restart is made tougher because of its timing. Not only are online-only retailers like Amazon grabbing a larger chunk of Americans’ spending, but the fast-fashion space is getting crowded, Kniffen said. Meanwhile, traditional brands like Gap are losing shoppers and closing stores.

Yet Uniqlo is far from giving up. In addition to launching its first global advertising campaign in the U.S. last fall, the company recently opened a denim innovation center in Los Angeles. The near-term goal of that facility is to reduce the amount of time it takes an item to go from idea to production to one or two months. That compares with the current three to six months.

Eventually, CEO Tadashi Yanai wants to trim that window to two weeks, Nakasuji said. In doing so, the company will better be able to respond to consumer demand.

Uniqlo’s parent company Fast Retailing does not explicitly break down
the brand’s U.S. performance. However, it said in its latest quarterly
earnings report that revenue across all of Uniqlo’s international
divisions increased when excluding the impact of currency. Meanwhile,
better gross margins stemmed operating losses in the U.S.