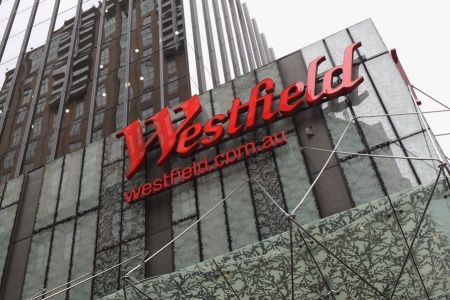 The Paris-based company offered a combination of cash and stock that values Westfield at A$10.01 per share, or about 18 percent more than Monday’s closing price, according to a statement Tuesday. The offer has been unanimously recommended by Westfield’s board.

Unibail is mounting the biggest takeover of a company in the Asia-Pacific region this year — and the largest ever in Australia — as mall owners seek to contend with relentless pressure from online commerce. Shares of such companies have been hit hard and store closures are accelerating, pressuring landlords to fill empty space and reinvent shopping centers. Unibail-Rodamco’s fell as much as 4.1 percent, the most since October 2016, after the deal was announced.

Founded by billionaire Frank Lowy, Westfield began in 1959 with one shopping mall in the outer suburbs of Sydney and has grown to become one of the world’s largest shopping center owners and managers. Westfield owns and operates 35 malls in the U.S. and U.K. valued at $32 billion, according to its website.

Westfield’s properties include shopping malls in east and west London and the retail space in New York’s World Trade Center. It gets almost 70 percent of its $1.8 billion annual revenue in the U.S., where companies are trying to re-purpose struggling brick-and-mortar shopping centers.

The latest transaction is the largest since Lehman Brothers Holdings Inc. sold an apartment owner to a consortium led by Equity Residential for more than $16 billion, a deal that was completed in 2013.

Unibail-Rodamco has been selling smaller and less-dominant assets in its European retail portfolio and reinvesting the proceeds in its development pipeline which includes larger malls which are expected to be more resilient to the growth of online shopping. The company has 8.1 billion euros ($9.5 billion) of planned projects, according to its website.

The landlord will continue with a plan announced earlier to sell 3 billion euros of malls that are non-core, Tonckens said in the interview.

Shares of Westfield have declined 9.4 percent this year, headed for their worst performance since 2011. The shares were suspended Tuesday ahead of the announcement.

In other signs of consolidation in the industry, Brookfield Asset Management Inc. is seeking to buy the portion of mall owner GGP Inc. it doesn’t already own. New York-based hedge fund Third Point is pushing for change at Macerich Co., including a possible sale, after building a stake in the real estate investment trust, people familiar with the matter said last month. Even after getting a boost from Brookfield’s interest, GGP shares are down 6.4 percent since the beginning of the year. Westfield is the 12th largest U.S. landlord, according to data compiled by National Real Estate Investor last year.

The deal will lead to speculation that Simon Property Group Inc., the biggest U.S. mall owner, will also look to expand, Munden said. The firm, which has seen its shares fall 8.7 percent this year, owns about one-fifth of Klepierre SA, the Paris-based shopping center owner that’s been renovating its properties.

The U.K.’s biggest publicly traded mall owners are also combining forces. Hammerson Plc this month agreed to buy its smaller competitor, Intu Properties Plc, in a deal that values the latter at about 3.4 billion pounds ($4.6 billion).