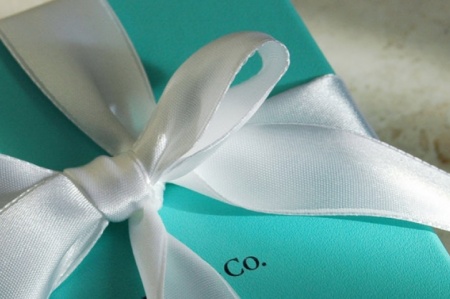 NEW YORK, United States — As Tiffany & Co.’s new chief executive officer settles into the job, he faces a crisis that runs deeper than sluggish retail traffic: Americans are losing their passion for jewellery.

From indifferent millennials to declining marriage rates and synthetic imitations, few product categories are contending with as many headwinds as jewellery. Companies are scrambling to halt slumping sales and shutter unprofitable stores as discretionary spending falls and shareholder unrest bubbles over.

The $60 billion jewellery market contracted 6.3 percent last year and the declines will continue until at least 2022, the research firm Euromonitor estimates. Jewellery store closures accelerated 53 percent in 2016, according to the Jewelers Board of Trade.

“My concern is always for the long-term health of our industry,” says Anthony Capuano, who heads the board. “I think there will always be jewellery sales. But right now, I think there is not as much interest in jewelleries.”

Tiffany’s outlook reflects this clearly: Fewer shoppers are going into its stores and it’s been unable to draw in millennials — who are famously lukewarm on many products and feel the same way about jewellery. Same-store sales have dropped in the past five out of six quarters.

Amid the turmoil, Tiffany is betting industry veteran Alessandro Bogliolo will be able to right the ship and reinvigorate the chain’s 180-year-old brand. He will take over efforts to attract younger shoppers by renovating stores and introducing new designs.

Citigroup Inc. has likened Tiffany’s balancing act of attracting millennials without alienating its older customers as “Lady Gaga versus Audrey Hepburn.” (Gaga promotes the Hardwear collection on sale at Tiffany’s, while Hepburn wore the famous Tiffany Diamond in publicity shots for the classic 1961 film Breakfast at Tiffany’s.)

Activist investor Jana Partners has said Tiffany’s shares are undervalued, while another investor, CtW Investment Group, is pushing for more diversity and younger directors on the jeweller’s ageing board.

Signet Jewelers Ltd., the owner of the Kay, Zales and Jared brands, also has storms on the horizon. The company is closing as many as 170 mall-based stores as it seeks to leave behind a gem-swapping scandal and allegations of gender discrimination.

Jewellery has definitely been tough and millennials are shifting their spending to experience.

Signet sees improvements to its web portal as key to competing with new rivals that are capturing market share. These include Blue Nile Inc. and JamesAllen.com, which offers shoppers a virtual ring sizer, 360-degree views of gemstones and an interface for customers to design their own rings.

Competition is also heating up from from regional players that have their fingers on the pulse of local communities, Capuano said.

“Jewellery has definitely been tough and millennials are shifting their spending to experience,” said Brian Yarbrough, an analyst at Edward Jones & Co. “That limits your ability to show a lot of growth.”

Signet has lost more than a third of its value this year. Tiffany has fared better, helped by a board shake-up that brought investors optimism that the company could turn things around.

An additional problem, according to the head of an industry group, is that jewellery sellers have lost a deeper connection with their customers.

“The industry has become so impersonal in many ways. We’ve lost the emotion,” Jean-Marc Lieberherr, CEO of the Diamond Producers Association, said in an interview in New York.

He points to retailers’ efforts to focus shopper attention on certificates that verify a diamond’s quality — perhaps only slightly more romantic than a low-risk mutual fund. Stores must get clients’ hearts racing, he says, and his group has boosted advertising to help inspire change.

The ads seek to up the drama quotient: One short film that aired at the Academy Awards titled “Runaways” tells an actor’s story of how he eloped with his partner. Another shows a young New York couple getting engaged on camera.

The decline in marriage rates has hurt the industry. Fewer than half of US adults are married today, compared with 72 percent in 1960, according to Pew Research Center.

Despite the array of challenges, Capuano of the Jewelers Board warns that jewellery has always been a cyclical business.