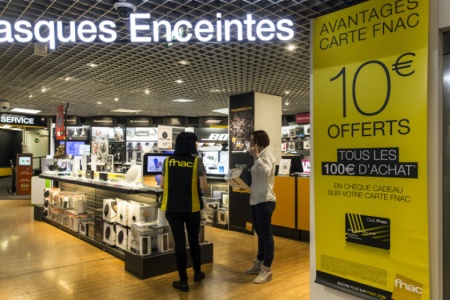 The regulatory decision means that the two companies will create France’s largest electrical goods retailer with combined sales of nearly 8 billion euros ($8.84 billion), allowing it to better compete with online retail giants such as Amazon  AMZN -0.06% .

As part of its approval, the French competition authority required the combined unit to get rid of some six stores.

The authority said earlier this month it would take account of online sales when analyzing the deal, which was bound to lower Fnac and Darty’s share of the physical store market in France.

Fnac made a final offer for Darty of 170 pence a share in April, valuing it at about 900 million pounds, and putting an end to a long-running bidding war with South Africa’s Steinhoff. It held or had received valid acceptances for 91.89 percent of Darty’s share capital at the first closing date of the offer on July 15.