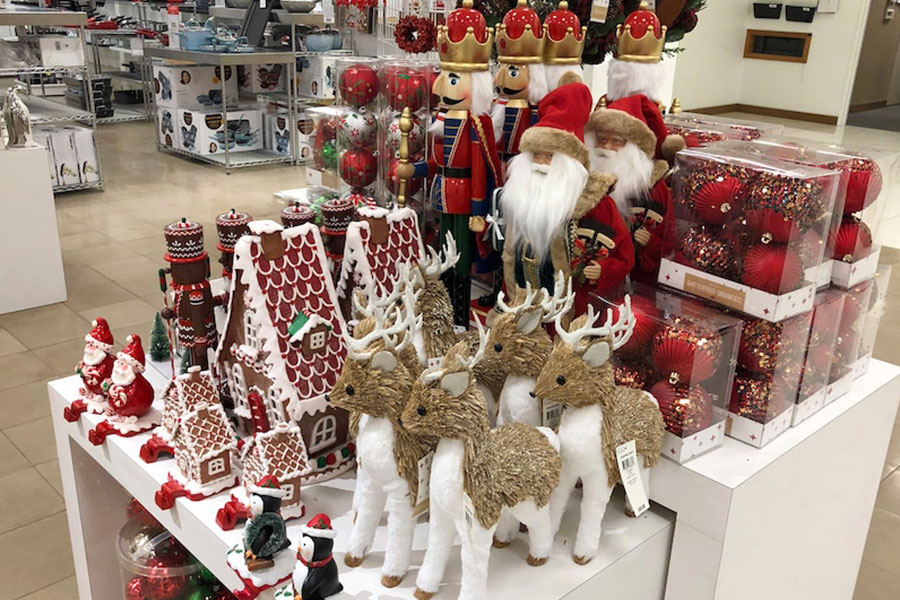 Some of the nation’s largest retailers will begin rolling out Black Friday sales this weekend — earlier than ever and the latest sign of how the pandemic is reshaping the biggest shopping season of the year.

Walmart, Target and other major brands were spurred to push up their holiday timetables by Amazon’s decision to move Prime Day, which is usually in July, to October. It’s a signature event for the e-commerce giant, generating an estimated $7.16 billion in sales last year, according to research firm Digital Commerce 360.

Most large retailers are going dark on Thanksgiving Day, reversing a years-long tradition of kicking off the holiday shopping season with a rush of “doorbuster” deals. It’s part of a larger reimagining of the retail experience because of the pandemic, one designed to accommodate social distancing and new safety protocols, and minimize long lines, crowded malls and repeat shopping trips.AD

“The stampede mentality of the past, with doorbusters sales and Black Friday deals every weekend, is being replaced by earlier, season-long discounts,” said James Zahn, senior editor of the Toy Insider, a trade magazine. “We’re in a health crisis, so retailers are having to rethink how they get products into families’ hands.”

The stakes are especially high: More than a dozen major retailers have filed for bankruptcy during the pandemic and several others are at risk of running out of cash. The recession has erased millions of jobs, so Americans will be spending less this year — both because of their own financial situations and because there will be fewer opportunities to exchanges gifts with family, friends and co-workers. The earlier retailers can lock in sales, the better, says Tyson Cornell, who leads the U.S. consumer markets group at PwC.

“There are so many unknown variables this year,” he said. “By kicking off sales in October, [retailers] are hoping to spread consumer traffic and demand over the next few months, helping them maintain social distancing in stores, consistently move inventory and adjust their strategies based on early consumer demand.”AD

For many companies, that means encouraging shoppers to buy early. Here are some of the season’s first holiday sales starting this weekend.

Suiting chain Jos. A. Bank and jeans company Guess are among the retailers taking part in the newly minted “10.10 Shopping Festival.” The event, created by the retail advisory firm Coresight Research to drum up excitement among consumers, was inspired by China’s wildly popular Singles’ Day on Nov. 11. Dozens of retailers have signed on, according to Coresight, including Men’s Wearhouse, which is offering $99 suits as part of the event

The nation’s largest retailer, Walmart, launches its “Big Save Event” at 7 p.m. The sale, which includes discounts on Smart TVs, robotic vacuum cleaners and Hunter rain boots, runs through Oct. 15.

Clothing chain Old Navy rolls out “Giftober” with half-off just about everything on its website, while sister brand Gap is offering 40 to 50 percent off all purchases for two days.

E-commerce giant Amazon begins its annual Prime Day sale. The made-up shopping event, which began in 2017, has expanded into a two-day deals bonanza that has inspired a number of copycats. (Jeff Bezos, the chief executive and founder of Amazon, owns The Washington Post.)AD

Target is hosting is own version of the event, called “Deal Days,” while Banana Republic is offering 50 percent off most purchases. Best Buy is promising “dozens of deals straight from the not-yet-released Black Friday ad.” Office Depot and Office Max, meanwhile, are advertising 50 percent markdowns on high-demand items such as printers, ergonomic desk chairs and infrared thermometers as part of their Depot Discount Days sale.

Home goods chain Bed Bath & Beyond rolls out its “gift of the week” sale, which offers deep discounts on certain items each week through Dec. 23.