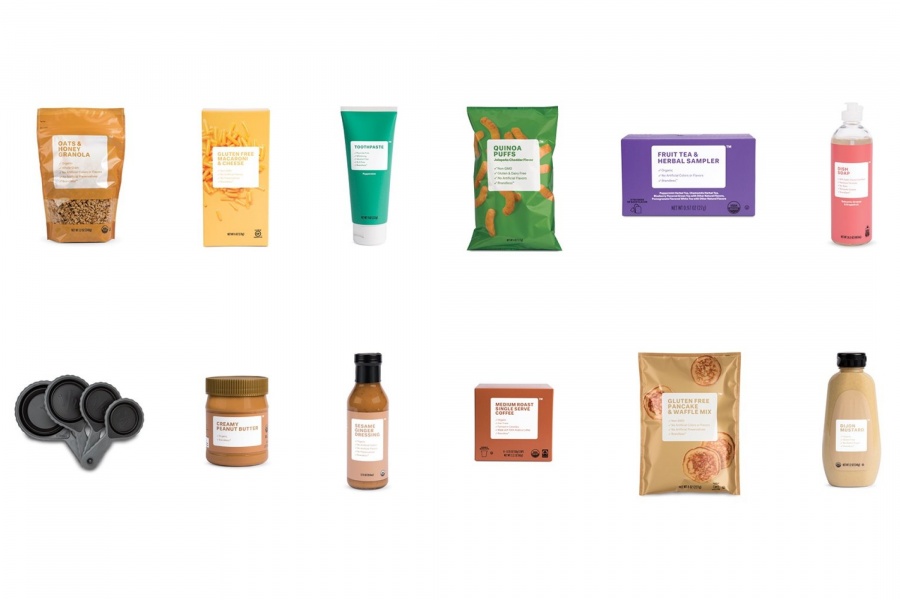 A new startup is making a bet that you don’t care as much about the brands you consume as you think.

Brandless, pitching itself as the “Procter & Gamble for millennials,” offers a host of essential consumer items for a single low price of $3. Instead of a big logo emblazoned on a product, the actual attributes of the product are listed on the package instead. Starting today, customers will find everything from dish soap to olive oil for sale on the site.

The idea, in a nutshell, is “democratizing access to awesome stuff at really fair and affordable pricing,” according to Sharkey.

The name of Brandless’ game is simplicity. There are only two real choices to make on Brandless’ website: What do you want, and how much of it do you want?

Everything in the launch collection, known as the “essentials,” costs $3. Some of the food items are gluten-free, organic, and fair-trade, and all of them are all-natural. These were the qualities that founder Sharkey said were becoming “mainstream” in America, but were still hard to find for a fair price on the shelf.

Items like baking tools and chef’s knifes are also on offer, and they still cost just $3. Some of the cheaper items are bundled together to reach a fair price.

The $3 price was chosen because the founders saw it as a middle point between value and quality, and they theorized that fixed pricing makes consumers feel at ease. They also said that Brandless is currently developing other lines at different fixed price points, but with the same value proposition as the “essentials” line.

All of Brandless’ products are unique to the brand and private label, and they’re conceived with manufacturing partners. They’re cheaper becuase they’re free of a “brand tax,” the founders said. When consumers buy from Brandless, they aren’t paying more just for a name brand, similar to buying generic at the grocery store.

There’s also only one choice for each individual item, which the founders say prevents shoppers from being “paralyzed” by choice.

The idea for the company came as the founders looked at how consumer behavior has changed, and how many name brands are struggling.

Brandless’ model acts as the opposite of a model employed by ecommerce giants like Amazon and Jet.com, where the price varies considerably based on an algorithm and whether you choose free return shipping, respectively. Instead, everything is a reliable, fixed price regardless of when you’re shopping and what experience you’re looking for.

Brandless is also offering a subscription service called “B.More.” The membership, which runs $36 a year, lowers the free shipping threshold from $72 to $48. For all other orders, a flat shipping rate of $9 is charged. The founders promised more benefits for B.More members, including a donated meal to the nonprofit Feeding America, in addition to the donation that is already made after each Brandless transaction.