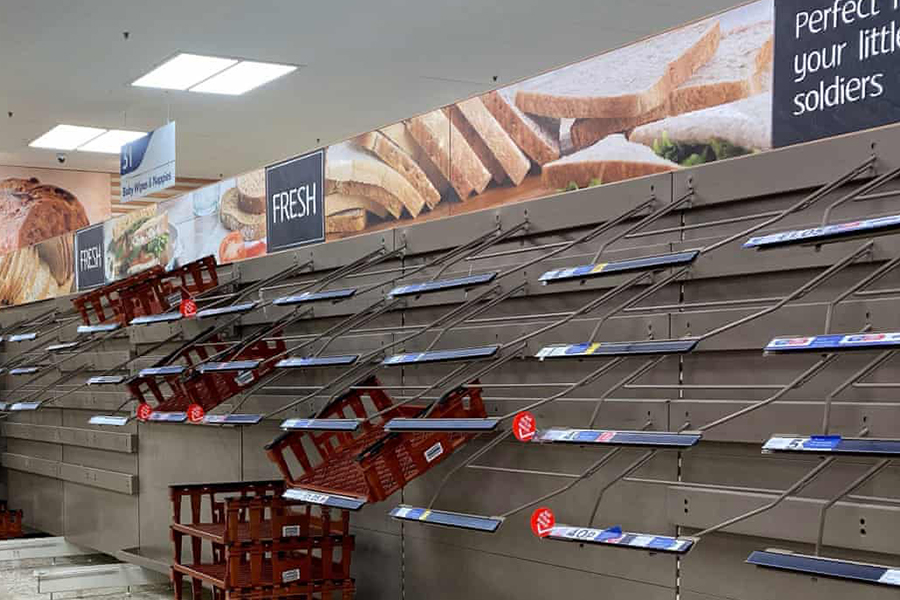 Tesco has defended its decision to pay a £635m dividend while accepting a similar-sized tax break from the government’s emergency coronavirus support package.

The Labour peer Andrew Adonis tweeted that it was “absolutely wrong” for Tesco to accept the business rates holiday worth £585m and said the retailer should “pay it back” if it could afford to pay a big dividend to shareholders.

However, Tesco’s chairman, John Allan, told the Guardian that rewarding shareholders was the “right thing” to do after they backed it through the five-year recovery from an accounting scandal.

The company’s final dividend payment is worth £635m – making the total payout to shareholders about £900m in the year to 29 February – and came after a year in which it banked a pre-tax profit of £1.3bn.

“I firmly believe that we have done the right thing,” said Allan. “The right thing to do in these circumstances was to honour the pledge made to shareholders, particularly given that we have already made considerable efforts to look after our staff.”

Tesco has 50,000 employees off sick on full pay, while hourly paid workers in its stores and distribution centres will receive a 10% bonus for time worked in April and May.

Tesco was not accepting any other government support, such as deferring VAT, and would not “dip into” any of the government loan schemes available, Allan said.

It also had not “taken a penny” from the the taxpayer-backed wage support scheme despite having so many employees off sick, he said: “We didn’t ask for business rates relief, but it is being granted.”

It flagged other expenses, such as the plastic shields installed at checkouts in thousands of its stores to protect staff, as well as large quantities of other safety gear, including gloves and hand sanitiser. Taken together, its UK running costs could increase by £650m to £925m, the group said.

Without the prospect of the tax break, Allan said it might not have been able to adopt the measures it had to safeguard employees and customers.

“I don’t think we’ve done anything that has compromised our commitment to any of our other stakeholders – our employees and our customers – but also our shareholders who fund the business. We think they all deserve fair treatment,” he said.

The pandemic has brought mixed blessings for food retailers. Tesco said sales jumped 30% in the first few weeks of the coronavirus outbreak as shoppers stockpiled before the lockdown. But it now faced extra running costs after it was forced to hire 45,000 new staff to keep its stores and distribution centres running.

The UK’s biggest supermarket group said the full financial impact of the crisis on its finances this year was “impossible to predict”, with the need to employ extra staff for the duration of the crisis increasing its wage bill by£415m to £580m, depending on the length of the government-imposed lockdown.

“The 45,000 extra colleagues that we have recruited is transferring a huge amounts of money to the general public and off the public purse,” Allan said.

Dave Lewis, the chief executive, said the retailer had to adapt quickly as the extraordinary increase in demand put pressure on stores and the whole food supply chain.

“Understandably, people were worried and we saw panic buying,” he said. “We saw a sales uplift of around 30% as people began to stockpile, which then began to tail off as the UK moved into a lockdown.”

Tesco said affluent shoppers had bought the most – 10% of its customers accounted for almost a third of the extra sales, with stores in London experiencing the biggest sales increase.

In the busiest week, the retailer sold double the usual amount of baked beans and chopped tomatoes – 6m tins and 3.3m respectively. Toilet roll sales were up 75%, while sales of liquid soap quadrupled.

Britons made almost 80m extra grocery shopping trips in March, spending almost £2bn more on food and drink than in 2019 and setting an industry record for monthly grocery sales. However, while sales of groceries rocketed, Tesco said demand in other parts of its business had collapsed, with clothing and fuel sales down by 70%.

Clive Black, an analyst at Shore Capital, said Tesco was facing huge extra costs associated with carrying out a “public service”. “I think they have gone out of their way to ensure people have been fed. It could have hunkered down and run the business for shareholders,” he said.

How the covid-19 pandemic is changing Americans’ spending habits