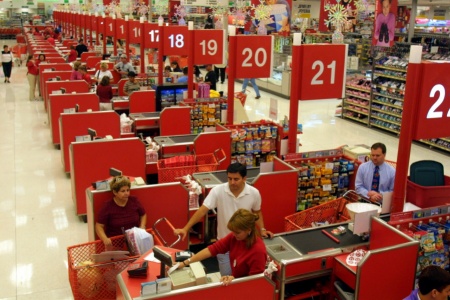 The first deal was with Powered Analytics, which specializes in machine learning using open-source tools and technologies; Kvantum works with applied mathematics; Akuda Labs was brought on board for its computing engine, and Zettata was acqu-hired for its search and database acumen. Financial details were not disclosed.

In a blog post confirming the deals, Target Senior Vice President Paritosh Desai said acqui-hire arrangements are a valuable way of quickly feeding Target with new talent and technology. “It’s predominantly talent, technology and the cultural fit that goes with it. Acqui-hires allow us to accelerate both onboarding the right kind of talent, onboarding the right kind of technologies and getting to market much faster.”

Target’s technology strategy and organization have been undergoing a major shift in recent years. Some of what it has been doing has been public knowledge for a while now, such as the retailer’s effort to cut its technology spending, rely less on technology outsourcing and keep more projects in-house.

Then, there are deals like these acqui-hires, which were completed at various times over the last two years, but which Target has said little or nothing about until now, even though they appear to contribute some significant technology and talent that the retailer is clearly excited about leveraging.

Acqui-hires present an interesting option for companies like Target. They often involve startups small enough that no one notices what’s happening when it’s happening, and don’t materially affect that larger company at the outset. As Desai pointed out, they also can represent a quick method of bringing specialized tech talent in-house exactly when it’s needed. Target has shown some preference for doing more tech work in-house, and not relying as much on external partners, and these deals absolutely fit that philosophy.

Target also has shown it likes to work with and nurture small companies even when it isn’t acqui-hiring all or or parts of them. The retailer recently decided to continue its TechStars program and launched a wellness tech accelerator.

While all this re-focusing on in-house innovation and acqui-hiring has been going on, Target also has been quick to shed projects that don’t quite fit where its going. It recently decided to shut down its Silicon Valley-based Goldfish project, which it never explained much about anyway, and other initiatives.

Tech investment is tough business. To compete, you often need to move more quickly than you would like to. Acqui-hiring may present Target with a low-key and often inexpensive way to add talent and technology to its roster when it needs to quickly shift away from one tech strategy and toward a different one. We probably haven’t seen that last of this sort of deal from Target.

McDonald’s Is Finally Getting Mobile Ordering and Delivery