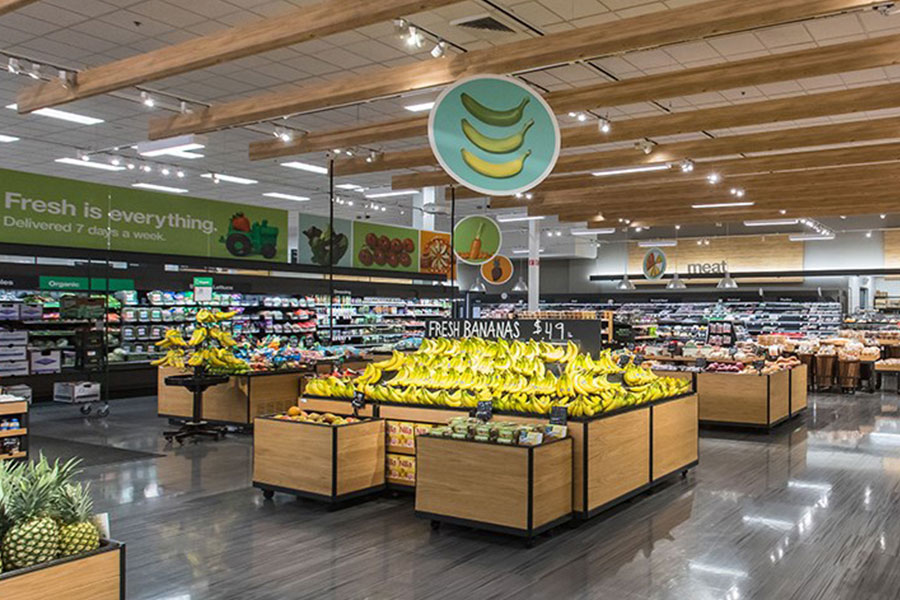 On the heels of a terrific second quarter that saw sales of general merchandise and apparel reawaken a pandemic-induced slumber and profits subsequently soar, Target is plowing some of its momentum into online grocery.

The Minneapolis-based mass merchant said it was redoubling efforts to extend its popular Drive Up service to offer fresh and frozen food—an initiative the retailer put on temporary hold amid the disruption at the onset of the coronavirus crisis in March. Initially forecast to be rolled out to more than half of Target’s 1,900 U.S. stores this year, officials said this week Target already had 1,500 units open with plans for another 100 by the holiday season. That could represent significant new competition in the grocery business given Target’s renewed strength elsewhere and what the retailer said was increasing customer interest in the convenient and contact-free shopping option.

“Perhaps the most vivid example of our progress is the fact that we’ve resumed our plans to add fresh, refrigerated and frozen items to our pickup and Drive Up services,” Target Chief Operating Officer John Mulligan said in a conference call detailing the retailer’s financial results for the period, according to a Sentieo transcript. “Going into the year, we had planned to roll out this capability to half or more of our stores this year. However, in March, given the severe swings we were seeing in store traffic and the onslaught of new routines we were asking our store teams to perform, we paused on this rollout to provide our team more time to focus on safely serving our guests.”

Target resumed those plans in May, Mulligan said, accelerating initial plans for the rollout. He said week-over-week usage has increased steadily as shoppers learn about it.

“Our teams and systems are successfully handling the additional complexity that comes with these expanded assortments, and our guests are happy as well,” Mulligan said. “They’re telling us they appreciate the ability to receive these items without shopping our sales floor, providing them a contactless option when that is their preference.”

Target concurrently has been adding additional parking spaces at stores to accommodate higher curbside volume, and made adjustments to its app making it easier for customers to toggle between Drive Up and other fulfillment options.

A rebound from the initial impacts of the pandemic—and distress and bankruptcies among multiple retailers that were hit even harder—led to outstanding financial results in the quarter, which ended Aug. 1.

Revenues increased 24.7% to $23 billion, with comparable-store sales improving by 24.3%, reflecting a 10.9% increase in comps in stores and digital sales growth of 195%. Stores enable about 75% of Target’s online sales, so digital accounted for 13.4% of Target’s comparable sales growth, officials said.

Higher sell-through contributed to climbing profits, with gross margins as a percent of sales increasing to 30.9% of sales vs. 30.6% last year, despite higher costs coming with the expansion of digital. Net earnings of $1.7 billion increased by 80.3% and earnings per share of $3.35 blew away analyst estimates.

Food and consumable sales comps were up by near 20%, officials said, which represented a sequential decline from the stockup-fueled early months of the pandemic but a marked difference from a relatively modest high-single digit figure reported by rival Walmart a day before. In that category, officials called out performance of the one-year-old Good & Gather label, which has surpassed $1 billion in sales already as part of a 30% increase in private brands.