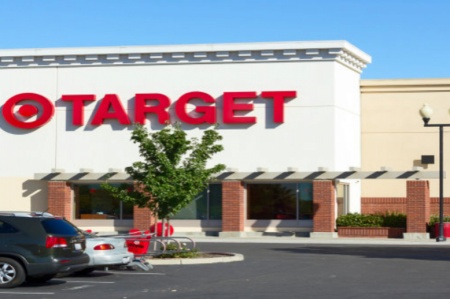 These small stores are a big part of Target’s new store strategy.

The mass merchant has steadily increased investment in small-format stores thanks a $7 billion allocation announced by CEO Brian Cornell last March to rethink stores, digital experiences and the connection between the two. These smaller stores aim to cater to a shopping demographic looking for convenient, quick, fill-in trips for essentials like beauty products, groceries, baby supplies, home decor and electronics, according to the company.

The layout and product assortment is meant to draw in busy, young professionals and families —  a key demographic Target is going after with these stores.

One of the biggest things these small stores do is serve as brand advocate. Differentiating through brand partnerships and stylish private label has long been a core Target strategy, and it’s no more apparent than at these small-format stores. During a tour of one of the newest small-format stores to open, in Falls Church, VA, private label lines like Project 62, Goodfellow and Cat & Jack, as well as its partnership with Casper were on prominent display.

The other big draw is convenience. Cornell recently announced an expansion of an experimental same-day delivery service in Manhattan to all five boroughs and in several other big markets. Using the service, customers can shop in store and have those items later delivered to their homes for a flat fee.

Grocery, a category that has long been problematic for Target, is also a huge priority at these urban stores. In most, grab-and-go, fresh and frozen food, as well as beer and wine, make up roughly a quarter of the assortment. Despite previous issues with spoilage in large stores, these small-format locations may have the power to turn around the company’s grocery ambitions and drive more store visits in the process.

“Paramount for the success of Target’s smaller format stores is to expand upon shoppers’ baskets with non-grocery items,” Ray Hartjen, director of marketing at RetailNext, told Retail Dive in an email last month. “While the stores might draw the grocery and prepared foods shopper, perhaps an entirely new shopper to the Target brand, their success will likely ultimately depend on the conversion of non-grocery products.”