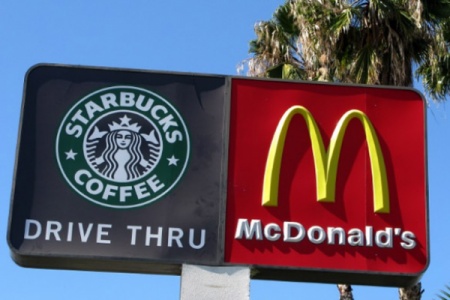 Despite years of global expansion, Starbucks has remained conspicuously absent from a country that is home to millions of the most discerning coffee drinkers in the world: Italy.

But that will change in early 2017: the Seattle-based coffee giant announced that it would open its first ever store in Italy next year, in Milan, in partnership with a local licensee, Percassi, with other locations to follow.

While Starbucks now operates in other markets known for coffee snobbishness, notably France, the company said the move into Italy is particularly meaningful to CEO Howard Schultz. During a business trip in 1983 to Milan and Verona, he discovered the Italian art of preparing coffee, which inspired his vision for Starbucks.

“Starbucks history is directly linked to the way the Italians created and executed the perfect shot of espresso,” Schultz said in a statement. “Everything that we’ve done sits on the foundation of those wonderful experiences that many of us have had in Italy.”

Howard Schultz, chairman and CEO of Starbucks, stands in the center of Galleria Vittorio Emanuele II, one of the world’s oldest shopping malls, in Milan, Italy, as he announces that Starbucks will open its first store in the country in 2017.

Seemingly mindful of the fierce coffee chauvinism of Italians and aware of the risk of being seen as an ugly American company coming in and imposing its ways, Schultz emphasized that the store will show deference to Italians and their coffee culture.

“Now we’re going to try, with great humility and respect, to share what we’ve been doing and what we’ve learned through our first retail presence in Italy,” Schultz said.Percassi, Starbucks’ Italian partner, has a track record of operating highly successful major brand partnerships across Italy, Starbucks said. Antonio Percassi said Italians are ready for Starbucks.

It wouldn’t be surprising to see Starbucks succeed in Italy—many people predicted McDonald’s would fail in France, the original land of foodies. But France is now the fast-food chain’s biggest market outside the U.S.Europe is also still relatively virgin territory for Starbucks. There are almost 2,500 license or company operated stores in Europe, the Middle East, and Africa, only one-sixth the number in North America.Starbucks did not say how many shops it ultimately plans to open in Italy.

Most popular luxury brands according to social media ranking