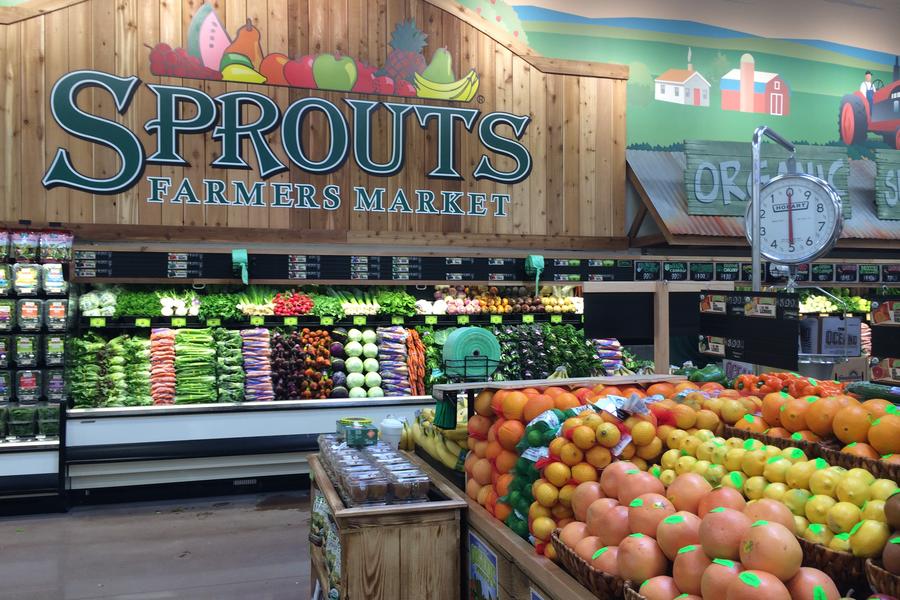 Sprouts’ stock rallied on news of earnings per share beating analyst estimates. With revenue in line with analyst expectations, the company is on track to achieve 2019 financial targets, according to the press release.

Delivery is a key growth driver for Sprouts. Brad Lukow, CO-CEO at Sprouts, said he has seen a continued increase in average weekly sales on home delivery, and expects that by the end of the year, delivery sales will account for about 1.75 to 2% of total sales. Basket size for home delivery is significantly larger than in-store, and the margin mix is much stronger relative to the mix of products that are being ordered online, Lukow said.

“We’ve had tremendous success rolling out home delivery now across all of our markets. It was really only late in the last quarter that we rolled out into the southeast. We’re seeing pretty significant customer adoption,” Lukow said, noting that Sprouts’ brand and focus on fresh is resonating with customers.

Sprouts opened eight new stores in Q1, bringing the total to 321 stores in 19 states. The company will enter two new states, Louisiana and New Jersey, in June, and is on target to open 28 new stores this year. Eight stores are planned in Q2 and a majority of the remaining stores will open in Q3, Lukow said.

New prototype stores are performing strongly in new and existing markets, driven by enhanced customer experience in deli, meat and seafood, Lukow said on the call. Sprouts currently has six of these new stores, and two more new stores will be built in the new format this year. Beginning next year, every new store that Sprouts opens will follow the new format.

The emphasis on deli is paying off, with the category proving to be a top sales performer for Sprouts in Q1. Lukow said that incremental sales in meat and seafood, deli and bakery are exceeding expectations, and while produce is an important traffic driver, increasingly customers are seeing Sprouts as a full-shop, healthy grocery store.

“There are a number of factors that are giving us a lot of confidence … we’re not just a specialty grocer, this is really about a natural, organic, fresh full grocery shop,” Lukow said.

With interim and co-CEO Jim Nielsen on temporary medical leave, Sprouts will continue to execute on its priorities without disruption, Lukow said. Although the company has not yet identified a new CEO following the departure of Amin Maredia at the end of last year, the board is highly engaged in the search, and Lukow said Sprouts will hopefully have an update soon.

Gross profit for the quarter increased 9% to $484 million, resulting in a gross profit margin of 34.3%, a decrease of 30 basis points compared to the same period in 2018, primarily driven by cost inflation that was not fully reflected in retail pricing due to the competitive landscape, as well as changes in product mix.