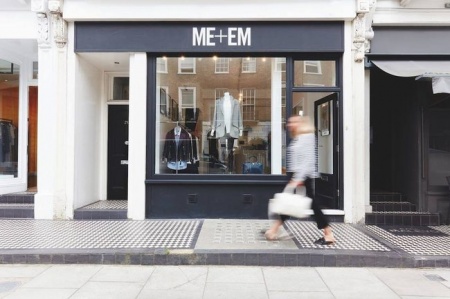 Brands including French clothing label Sézane, which had its beginnings on eBay before moving to a branded online platform, and one of Kate Middleton’s favourite online brands ME+EM have joined the trend by opening physical locations in London.

But for these brands, the primary goal is not necessarily to generate sales through the tills but to reinforce customer loyalty.

Showrooming is encompassing all types of brands, including companies which have been previously sold by stockists such as Samsung, Dyson and Volkswagen, as they start to explore the direct-to-consumer channel with their own store networks.

In the Netherlands, one of the online brands that has been most acquisitive of physical space has been bicycle retailer Fietsenwinkel.

The company has opened more than 30 outlets, where consumers can test the products before buying them online.

The trend is also driven by cost considerations: it’s not uncommon for 40 per cent of online fashion orders to be returned by the customer without making a purchase. This is imposing a huge logistical and cost burden on the online brands.

Taking physical space for showrooms makes also financial sense for brands, as showrooms are often located in non-prime property areas, which means rent prices are affordable, according to Colliers.