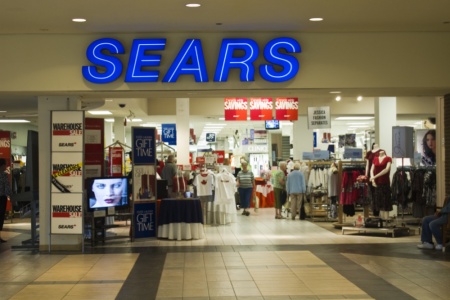 Sears was once a commercial giant, a pioneer of catalog and department store retail and arguably the disruptive Amazon of its day. At this point, though, along with its now-sibling Kmart, the retailer is a shadow of its former self. Friday’s announcement of yet more closures — just the latest in a stream of such announcements — is further indication that even its shadow might soon disappear.

Lampert on Friday insisted that the closures are part of a concerted strategy to rationalize its footprint. “We have fought hard for many years to return unprofitable stores to a competitive position and to preserve jobs and, as a result, we had to absorb corresponding losses in the process,” he said. “So, it is obvious that we don’t make decisions to close stores lightly. Our efforts have been, and will continue to be, fact-based, thoughtful and disciplined, with the goal of making Sears Holdings more relevant and more competitive for our members and other constituents.”

Queasiness on the part of the company’s vendors have been a factor in these decisions, Lampert also suggested. “As I have said before, the level of support we have from our vendors is an important factor in defining the size of our business and the number of stores we can operate responsibly going forward,” he said. “We reached the point in the past 12 months where some of our vendors have reduced their support thereby placing additional pressure on our business. Despite this challenge, we have been working and fighting hard to improve our operational performance and streamline our organization.”

Lampert in recent weeks has railed against news reports of the company’s poor health, indicating that what he deems overblown coverage on the company’s financial situation is providing suppliers with an excuse to demand stiff terms.

But the coverage, by and large, comes from the company’s own press releases, filings and actions. Earlier this year Sears Holdings warned it might not be able to survive as a going concern. That followed years of layoffs, store closures, asset sales, operating losses, sales declines and criticism from many corners regarding Lampert’s retail acumen.

The company shocked the retail world this year when it announced the sale of its popular Craftsman brand to Black and Decker for $900 million. This year saw other moves to shore up the company’s balance sheet, including 270 store closures, 530 layoffs and agreements to restructure some debt and pension obligations. The moves will save millions in annual costs, but analysts still see long-term liquidity constraints for Sears. Fitch Ratings and Moody’s still give the company a C-grade bond rating, and Fitch analysts see significant risk that Sears could need to restructure in the next year or two.

Meanwhile Sears Canada, which split from Sears Holdings in 2014, but is still 45% owned by Lampert and his hedge fund ESL Investments and another nearly 12% owned by its former parent, has filed for creditor protection in court. The Canadian retailer plans to slash almost 3,000 jobs and close 60 stores, and eventually reemerge as a going concern.

The death knell has been rung for Sears several times in recent years, but its rich real estate assets in particular have helped it hold on despite the ever-rising odds against it. Debtwire retail analyst Philip Emma told Retail Dive late last year that while assets could continue to keep Sears afloat for quite a while, it doesn’t mean the retailer can regain its footing.